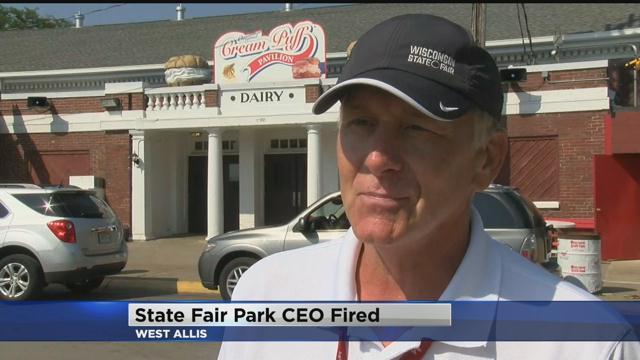 The Wisconsin State Fair Park Board is looking for a new leader to oversee the park after firing the executive director, apparently over issues of pay raises, including one for himself.

In a unanimous vote Wednesday night, the board agreed to remove Rick Frenette.

The board made the decision after a closed door meeting that lasted several hours.

Frenette was hired in 2010. His attorney, Frank Gimbel says Frenett approved raises for about 30 people, including himself but he didn't know he was included, “Rick admitted that there was some negligent oversight of that process, but there was no intentional illegal behavior on his behalf.”

The board wouldn't comment on the firing, only saying it was a personnel issue.