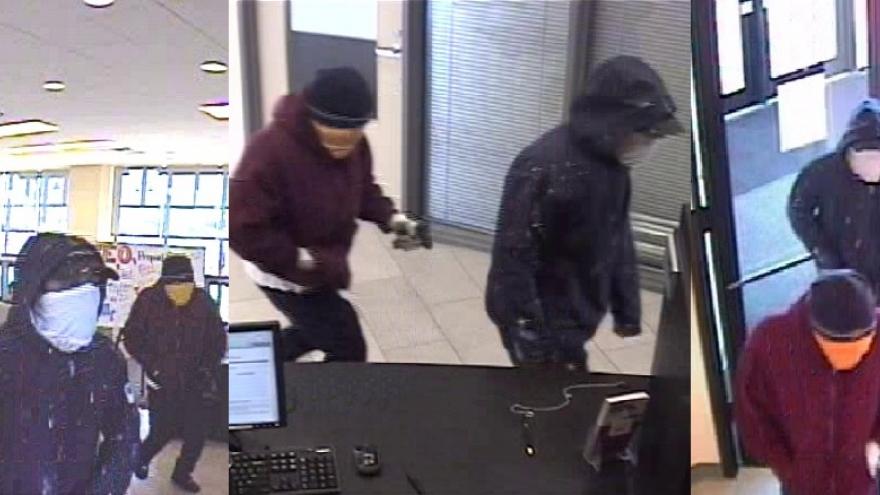 The suspects entered the bank with guns and demanded money from the teller. After receiving some cash the suspects fled on foot. The suspects had fled the area before police arrived and are still on the run.

No one was injured during the armed robbery.