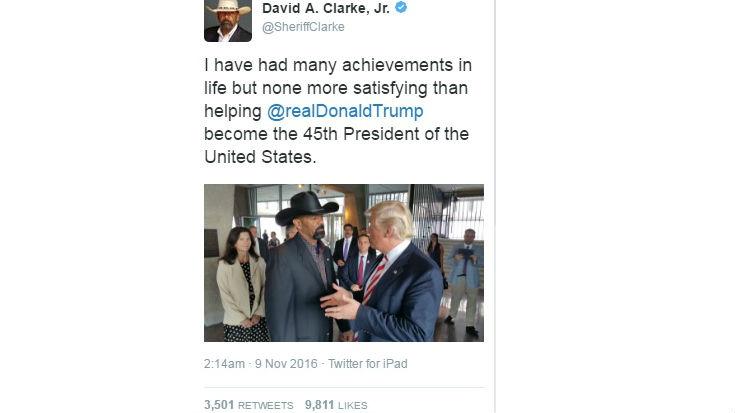 Milwaukee County Sheriff David Clarke, a longtime Trump supporter, was very happy with the outcome of the presidential election.

Following the news that Trump would become President-elect, Sheriff Clarke tweeted that helping Trump to victory was the most satisfying moment in his life.

I have had many achievements in life but none more satisfying than helping @realDonaldTrump become the 45th President of the United States. pic.twitter.com/cNWWgX8l17

Before tweet about his excitement, Clarke also gave another jab to Clinton.

Many believe Sheriff Clarke is on the short list for a position in Trump's cabinet, mainly Homeland Security Secretary.