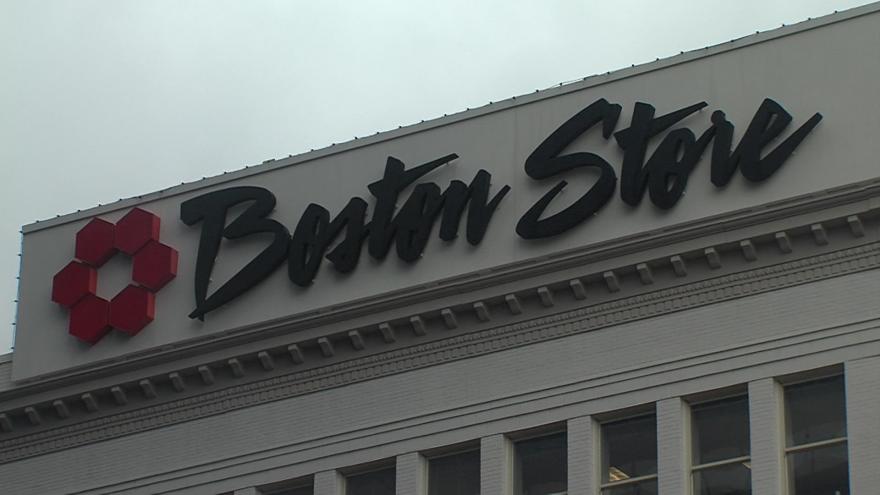 UPDATE: WISCONSIN (CBS 58) -- 12 Boston Stores in Wisconsin will close plus a corporate office. This includes the stores at Bayshore, Mayfair Mall, and the Shops of Grand Avenue in downtown Milwaukee.

According to Reuters, the company will begin a going-out-of-business sale in the coming days after two liquidators won an auction for its parent company Bon-Ton.

WISCONSIN (CBS 58) – The bankrupt Bon-Ton corporation is in day two of its auction to sell its assets and legal experts say the result will mean all Bon-Ton stores will likely close their doors.

The final two bids in the auction are liquidating bids. The auction process will determine which one is chosen but regardless Bon-Ton will go out of business once the auction is complete.

Earlier this month, Bon-Ton Stores Inc. which is the parent company of Boston Store and Younkers, notified state officials that 12 stores in Wisconsin and its Milwaukee Corporate Office could close affecting more than 2,000 employees. By the April 4th deadline, three bidders had stepped up but none of them were interested in keeping the retailer open for business.

Reorg Research legal analyst Ana Lucia Hurtado says there was an investor group interested in keeping Bon-Ton’s business alive but now that is not an option.

“There was a potential going concern bid and the debtors were trying to get approval to pay $500,000 of a work fee in connection with that potential bid, but the bankruptcy court shot that request down,” said Hurtado.

With the potential bid off the table, things aren’t looking good for Bon-Ton’s employees or the retailer’s survival.

“We’re disappointed only the liquidators came forward. There’s still a lot of unanswered questions, so we are concerned both from a corporate perspective and from a retail perspective because of the employment opportunities here. It’s our hope no matter what happens, we’ll be able to maintain those jobs,” said Milwaukee Mayor Tom Barrett.

Experts say these types of auctions can last a few days. A court hearing is set for Wednesday where Bon-Ton may ask the court to approve one of the bids.