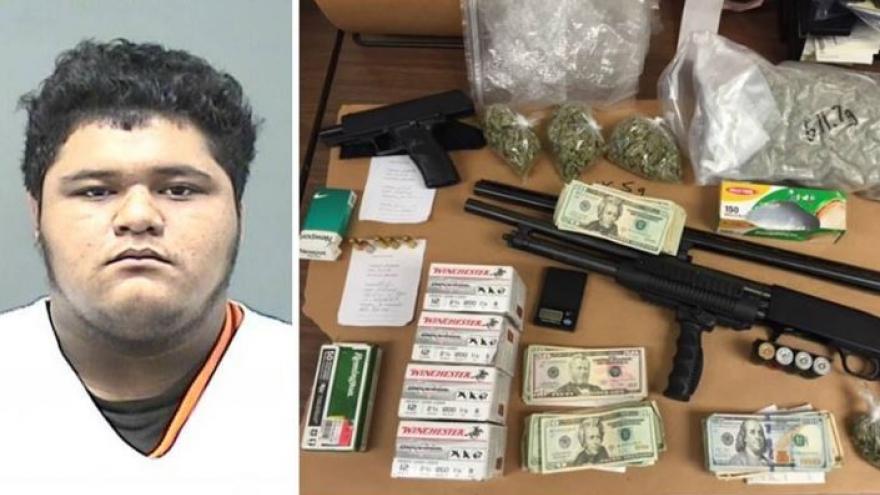 RACINE COUNTY, Wis. (CBS 58) – The Racine County Sheriff’s Office says one person was arrested after they found thousands of dollars’ worth of drugs, guns, and more than $5,600 in cash during the search of a home in Racine.

Investigators from the Sheriff’s Office S.W.A.T. team and agents from the Racine County Metro Drug Unit searched a home near Lasalle and Prospect Streets in Racine believed to be part of a drug operation around 5:45 a.m. on September 7.

During the search, authorities reportedly found more than a pound of marijuana with a street value of about $4,000, a digital scale, packaging materials, a 45-caliber handgun, a shotgun, cell phones, and $5,675 in cash.  Three young children were also found inside the home.

Diego Salais, 20, was arrested on drug charges and child neglect and taken to the Racine County Jail.