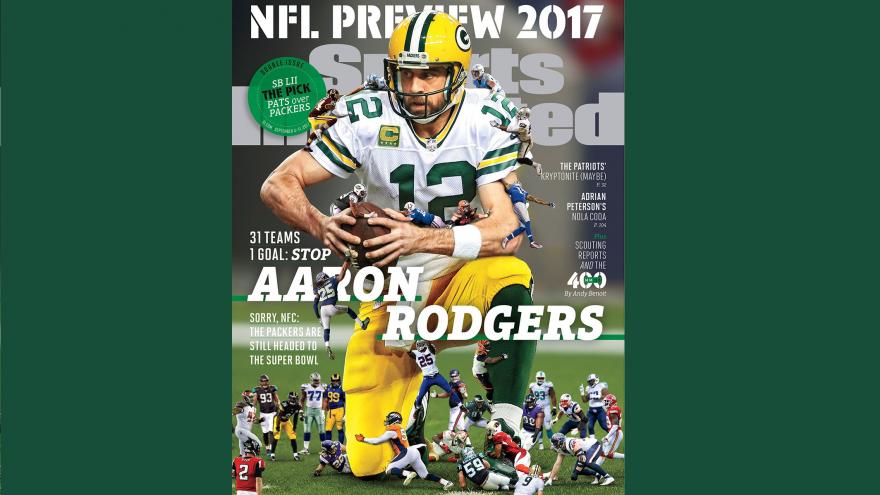 (CBS 58) -- The subtitle of the Sports Illustrated regional cover says it all, "31 teams, 1 goal: Stop Aaron Rodgers." Rodgers was shown on the cover of the NFL Preview magazine who has picked the Packers to go to the Super Bowl.

In the full article, the author believes the Falcons would make it back to the Super Bowl expect that, "Green Bay appears even more dangerous than before."

Here's the full snippet about the Packers:

"Aaron Rodgers’s weapons have matured, and his arsenal has expanded. And it’s hard to imagine that the Packers’ D, after some secondary tweaks, won’t be stronger. Is it an exceptional unit? No. But can it hold foes under 30 points? You bet. That’s all Rodgers needs to take Green Bay to its first Super Bowl since 2010."

The author's prediction is that the Patriots beat the Packers 31-27 in Super Bowl LI.