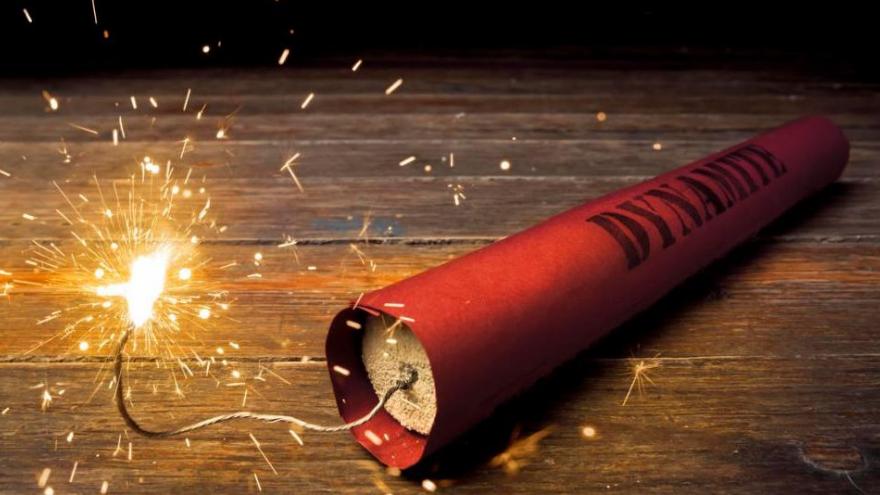 (CBS News) -- When thunderstorms knocked out power for homes in Bridgeport, Connecticut, on Thursday, a 30-year-old woman grabbed what she thought was a candle. But she accidentally lit a stick of dynamite, and suffered severe injuries, police told CBS Boston.

Authorities say the tragic accident happened to the 30-year-old mother of two, who had gone to Home Depot earlier that evening to try and buy emergency lighting. The store was closed, so when she got back home, she went into her basement to grab what she believed were candles. The woman thought she picked up candle sticks left behind by the former residents of the house. What she grabbed was actually a quarter stick of dynamite, police said.

The woman was taken to the hospital with "extreme injuries" to her hands and may lose her fingers, CBS Boston reports. She suffered serious facial injuries, but the explosion did not injure anyone else.

It is against the law to have dynamite or fireworks in the state of Connecticut, but police aren't pressing charges. Both the police and fire department searched the home and removed another dynamite device.

Authorities reminded residents to have backup lighting in their home in the event of a power outage. Authorities also reminded people to report any suspicious items that could cause a fire to the police.