With Capitol Tree absent this year, Assembly Republicans put up tree of their own 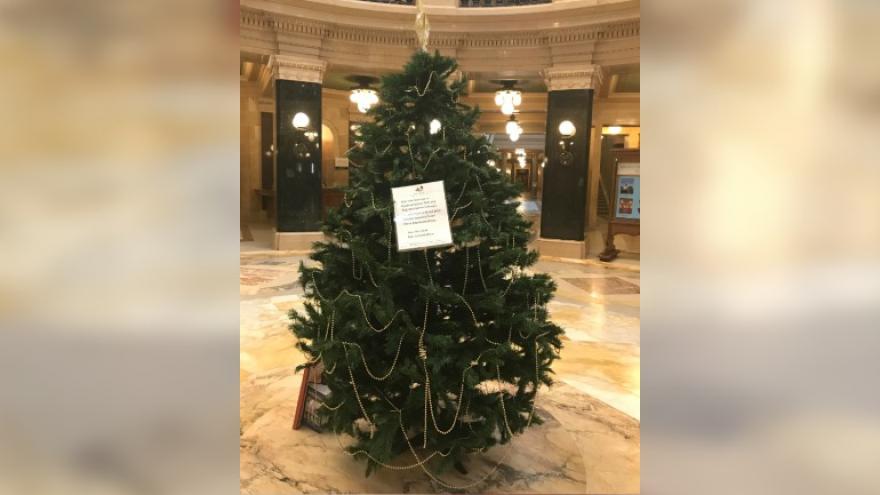 MADISON, Wis. (CBS 58) – Two Assembly Republicans have placed a Christmas tree in the middle of the ground floor of the state Capitol, following a decision by the Evers administration to not put up the traditional Capitol Tree due to COVID-19 restrictions.

Traditionally, a large Capitol Tree is placed in the middle of the building and is decorated by ornaments made by students from across the state. However, Governor Tony Evers announced there would be no Capitol Tree this year because of the coronavirus pandemic. The Capitol building has been closed to the public since March with access only available to legislators and staff (the public is allowed inside if there is a hearing or legislative session).

Instead, Gov. Evers asked students in the state to make ornaments based around the theme of “hope” that will be delivered to veterans homes, hospitals and nursing homes.

“I disagreed with the governor’s decision to not put up the tree,” Rep. Sortwell told CBS 58 in a phone interview. “We were not about to allow an over hundred-year tradition to stop.”

Sortwell said the idea to put up the tree was his, and Rep. Tittl joined in with lots of enthusiasm. 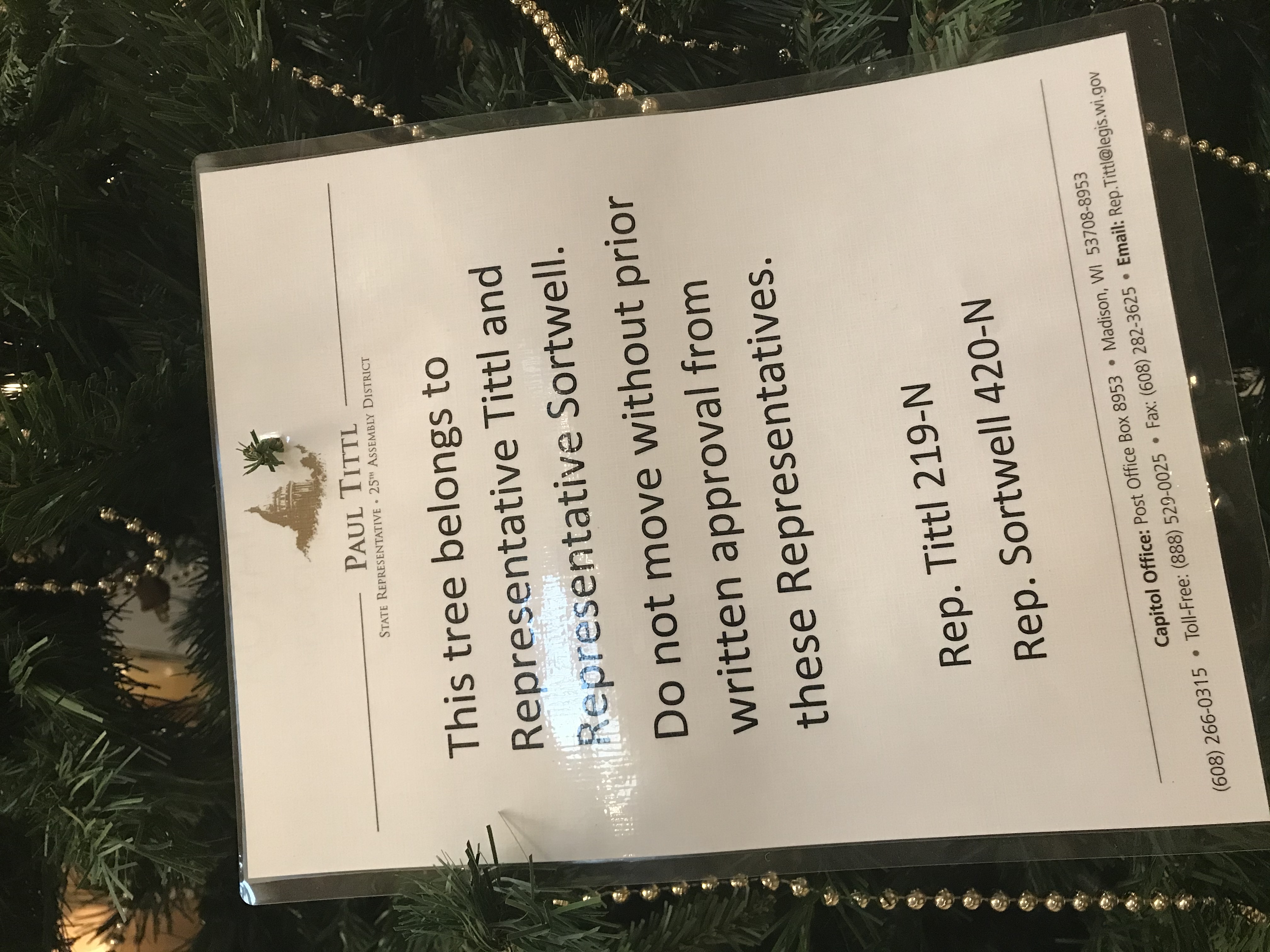 The Assembly Republican said he hoped the tree would have a positive effect on those who see it.

“This has been a tough year for the people of Wisconsin,” Sortwell said. He added that he believes the Christmas season and the tradition of the Capitol Tree is a source of, “hope love, peace and faith.”

That sentiment was echoed by Rep. Tittl who said in a statement: “This year has also been horrible for many people. We wanted this tree to be something everyone can look forward to seeing and have a sense of hope.”

Sortwell said he has received positive feedback from his colleagues and staff who have seen the tree. He said he also was contacted by the undersecretary of the Department of Administration who noted the tree was not “an approved display.” The Department of Administration often oversees policies on displays, decorations and other similar fixtures in the State Capitol.

Sortwell says all he wants is for the Evers administration to leave the tree up for the rest of the Christmas season.

“We hope that the governor will allow it to stand,” Sortwell said.

The Department of Administration provided CBS 58 with an email communication informing Rep. Sortwell and Rep. Tittl that their request for a permit to display the tree was denied, though they could appeal.

DOA informed the representatives Capitol Police has denied all display permit applications because the building has been closed to the general public. DOA added they are unable to approve a permit for a display on the ground floor of the rotunda, “per a policy enacted by SCERB (State Capitol and Executive Residence Board) in 1978.”

DOA noted Gov. Evers cannot override the statutory authority of SCERB, which has its power from the Legislature.

DOA’s response continues to say, “Since the Capitol building remains closed to the public, DOA elected not to expend taxpayer dollars on a display that is inaccessible to the general public.”

There are four holiday trees on the four cross-streets around the Capitol for the public to observe.