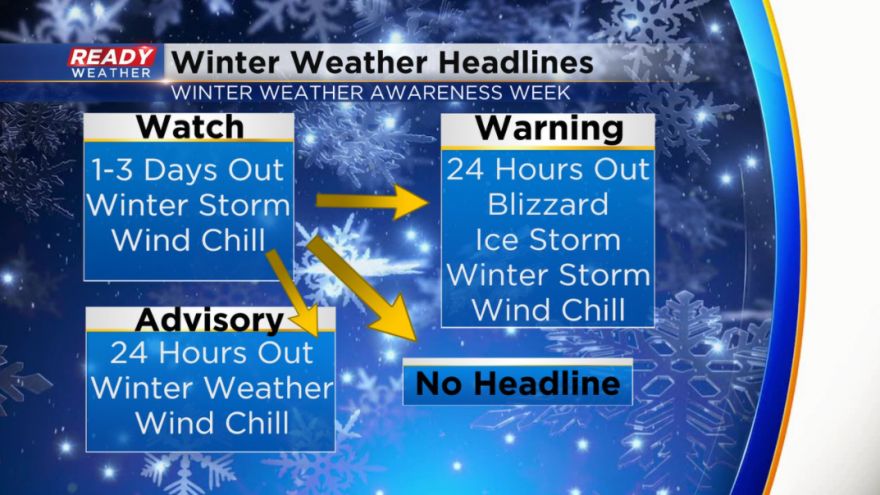 Just after our first snowflakes of the season this past weekend, this week is Winter Weather Awareness Week in Wisconsin. To kick things off we will discuss the different type of weather headlines (watch, warning, advisory) we can get here in Wisconsin.

All types of watches, warnings and advisories are issued for any type of weather that could be life threatening to people and property. Focusing on snow and ice, if a storm is looking strong enough with enough notice, about one to three days out we could see a Winter Storm Watch issued. Once we get about 24 hours out from the storm that watch could be replaced by either a Winter Weather Advisory for a less impactful storm or a Winter Storm Warning for a more impactful storm. 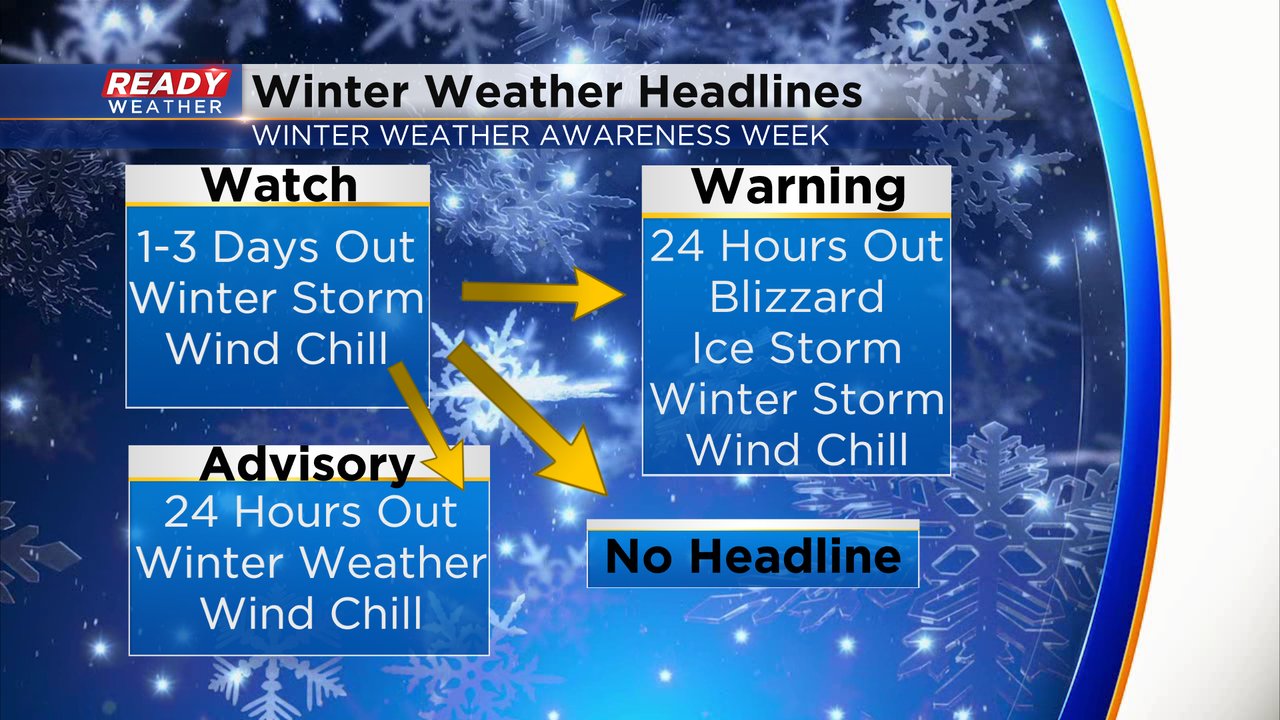 You also don't need a Winter Storm Watch. A Winter Weather Advisory or a Winter Storm Warning can both be issued without a watch issued first. There's also a possibility that no headline is issued after a watch if the storm looks to change track or intensity.

A Blizzard Warning could also be issued if wind is going to be a big part of the storm with gusts over 30 mph for three hours straight with visibility under a quarter mile during that time. Ice Storm Warnings are used when the ice accumulation of freezing rain is expected to be over a quarter inch.