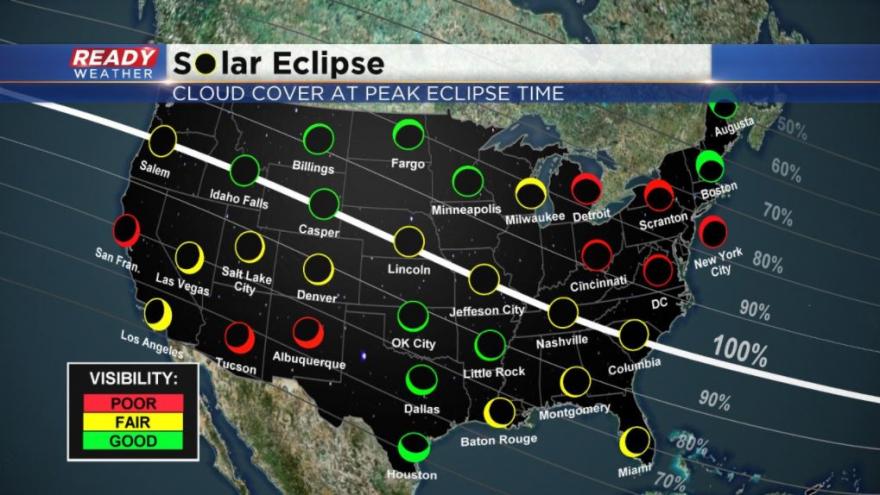 We are just over a week away from the biggest astronomical event the United States has seen in decades. On Monday, August 21 the first solar eclipse in decades will streak across the U.S. The event starts in Oregon and will travel across the entire width of America leaving in South Carolina.

The partial eclipse starts in Oregon at 9:05 local time and by the time the lunar shadow leaves the U.S. it will be 4:09 PM eastern time. In Wisconsin we won't see a total eclipse, but the partial eclipse will start in Milwaukee at 11:53 AM reaching its max eclipse of 83 percent at 1:18 and then ending at 2:40 PM. That's nearly three hours for you to get outside and see the astronomical phenomena. 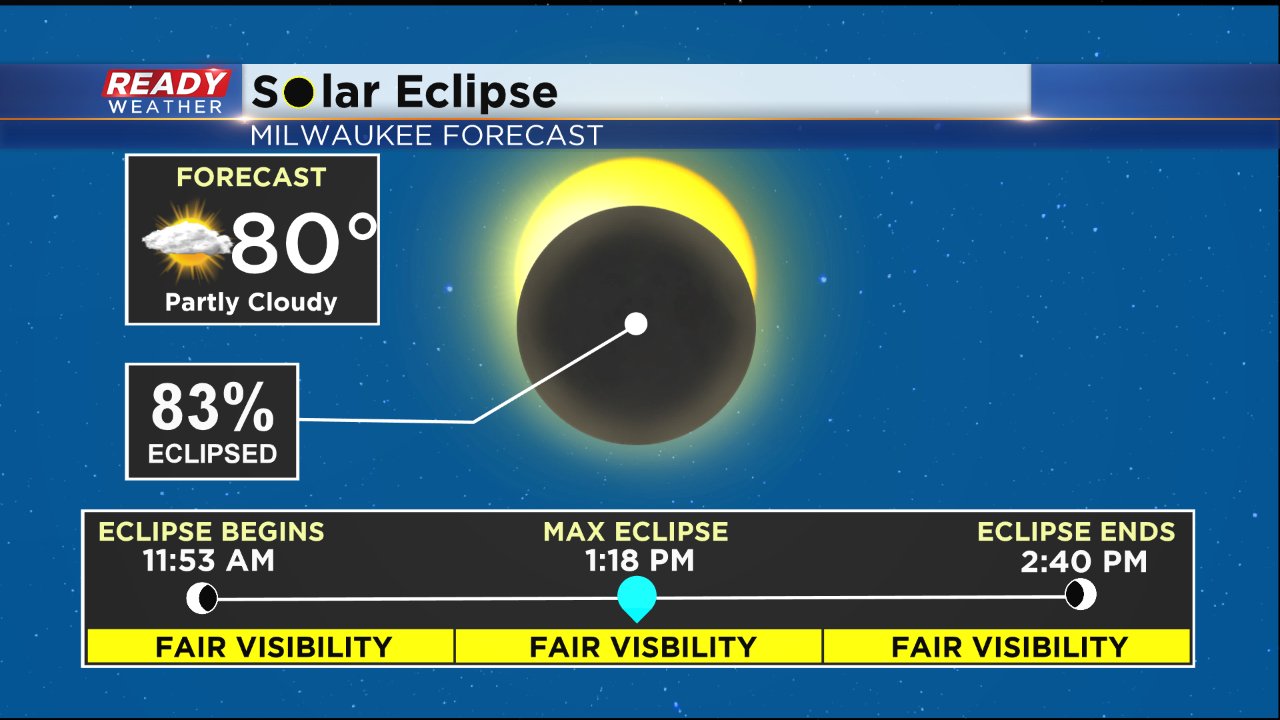 There is a big difference between 100 percent totality and the 83 percent totality we will see in southeast Wisconsin. The closest areas to see complete totality will be in southern Illinois. Big celebrations are planned Carbondale, Illinois where the moon and sun line up just right where the eclipse duration will happen for two minutes and 40 seconds.

During complete totality the temperature will drop and it will become as dark as twilight.

Since seeing the sun is the whole point, cloud cover will play a very big part in how enjoyable your solar eclipse experience is. Now that August 21 is in the Ready Weather 10-day forecast we are beginning to get a feel for what the weather will be like. The current forecast calls for highs around 80° under a mix of sun and clouds. One of the long range weather models we are looking at is showing a storm system across Illinois which could bring us some cloud cover and could really impact the special viewing in southern Illinois. At this point I'll put our local visibility as "fair".

If you are planning to watch the eclipse, make sure you prepare! Staring at the sun for longer than a couple seconds can actually cause sunburn on your eyes and temporary or long term blindness is possible. Sunglasses will not provide enough protection for your eyes which is why you need special glasses. These can be picked up at most big stores for a couple of dollars. If you are planning on taking photos of the eclipse you will also need a solar filter for your camera and/or phone. Taking a picture directly of the sun could cause irreparable damage and likely violates the warranty. 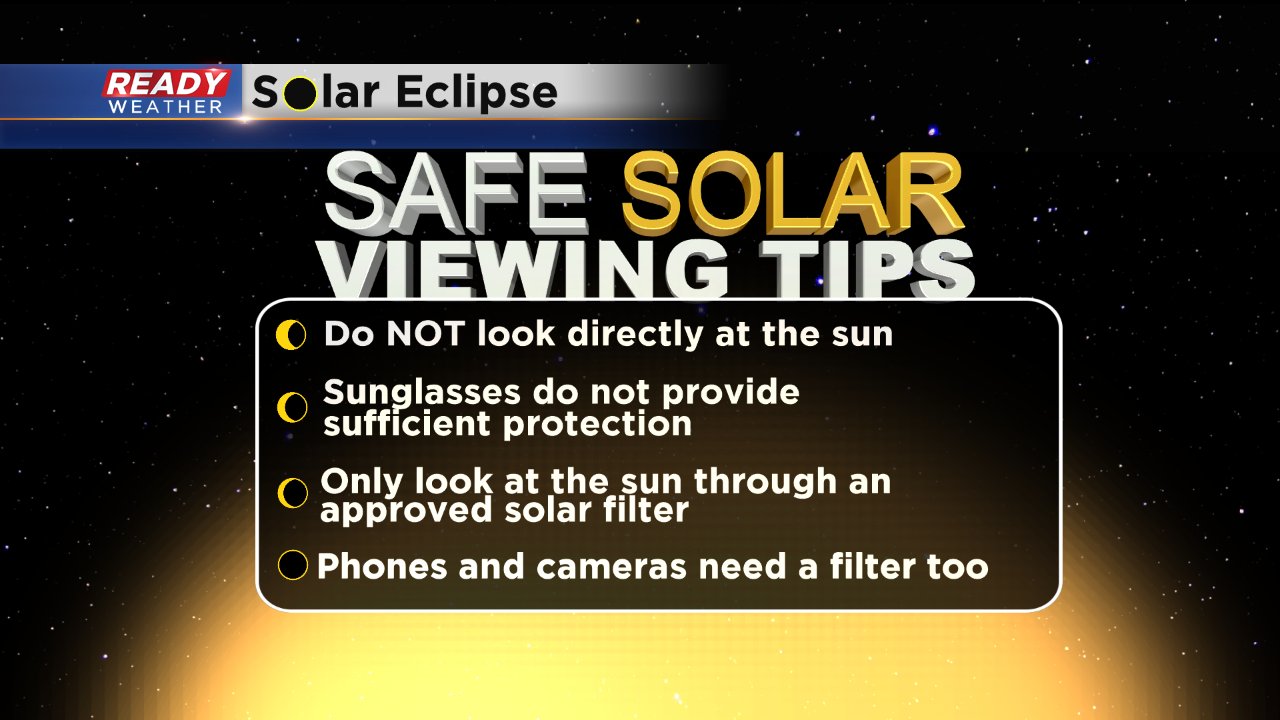 CBS 58 will provide special coverage for the eclipse and even has a crew going into the path of totality. Look for more coverage and an update on the forecast cloud cover over the next eight days!