With a fresh coating of snow in southeast Wisconsin many people will be getting out there rulers, tape measures and yard sticks to measure the fresh snow. In today's Weather Whys Steven asks, "How is snow depth officially measured at the airport?"

The official climate station for southeast Wisconsin is located in Milwaukee at Mitchell International Airport. Weather observers are paid to measure the snow every 6 hours during snow events. Those observers measure the snow the way any person should if they want an accurate measurement.

To measure snow officially you take a board painted white and place it in your yard away in an area away from any trees to avoid snow dropping from branches or other structures but sheltered so it's not as impacted by the wind. When snow falls take three measurements on the board and average them to come up with your snow total. During a snow event snow is rounded to the nearest tenth of an inch. The snow depth you see on this map is rounded to the nearest inch. 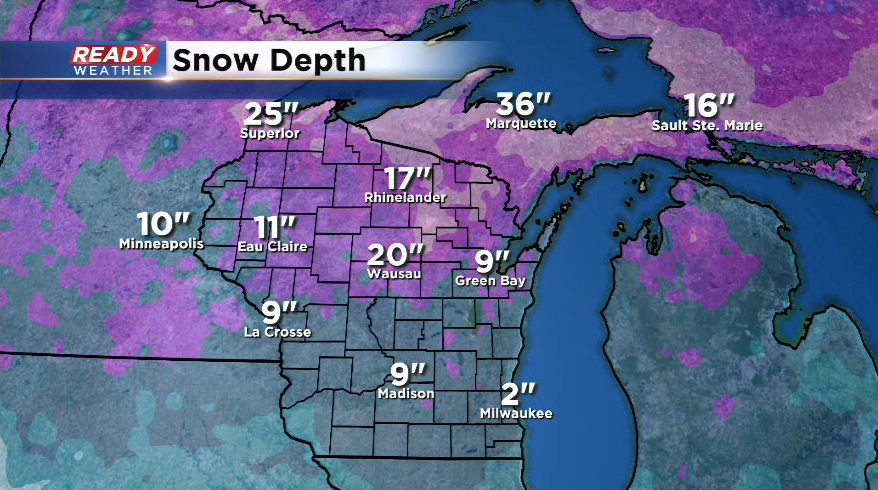 Oftentimes during snow events we hear complaints from viewers that the amount listed for their town/city/village doesn't match with what they got at their house. That's entirely possible since snow amounts can vary within a mile or two. We are always looking for viewers to send in snow reports so feel free to send them in via social media or email.

Weather Whys is a segment by Meteorologist Justin Thompson-Gee that airs during the CBS 58 News on WMLW - The M from 7 a.m. to 8 a.m. The segment answers viewer weather questions, explains weather phenomena and reveals interesting weather stats. To submit your question reach out to Justin on Facebook, Twitter or by emailing him at JThompson-Gee@cbs58.com.