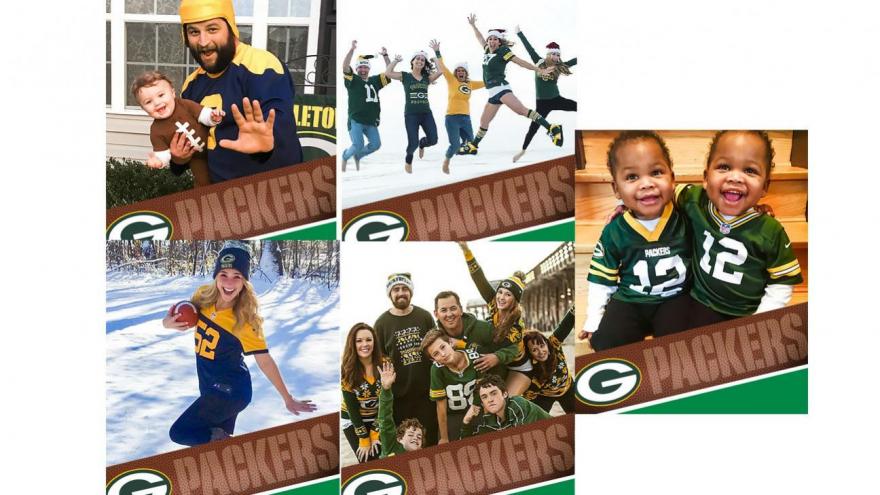 After thousands of photos were submitted to the “Packers Ticket Takeover Contest,” five finalists have been selected for the chance to have their photo printed on approximately 80,000 game tickets. This is the fifth year of the contest.

Fan voting will take place now through April 28 to select the winner.

Fans interested in voting can visit www.packerseverywhere.com/ticket-takeover/vote-now and select their favorite image. Those who vote for a winner can vote once daily, and each time they vote, they will be entered to win a signed Packers jersey.

The photo with the most fan votes will be named the grand prize winner, and the photo will be printed on the Packers’ 2017 Fan Appreciation Game tickets.

In addition to having their photo printed on the tickets for a 2017 Packers game, the grand prize winner will receive two tickets to that game, including airfare and hotel accommodations for two nights.

Staci Abel of Pray, Mont. was chosen as the winner in last year’s Ticket Takeover contest. Her photo, which featured her then 4-year-old twin sons, Desmond and Christian, was chosen after thousands of entries and a record of almost 64,000 votes cast by Packers fans around the globe. The photo was featured on the December 24, 2016, ticket for the Green Bay Packers vs. Minnesota Vikings Fan Appreciation Game, a contest Abel, her husband and sons attended together.