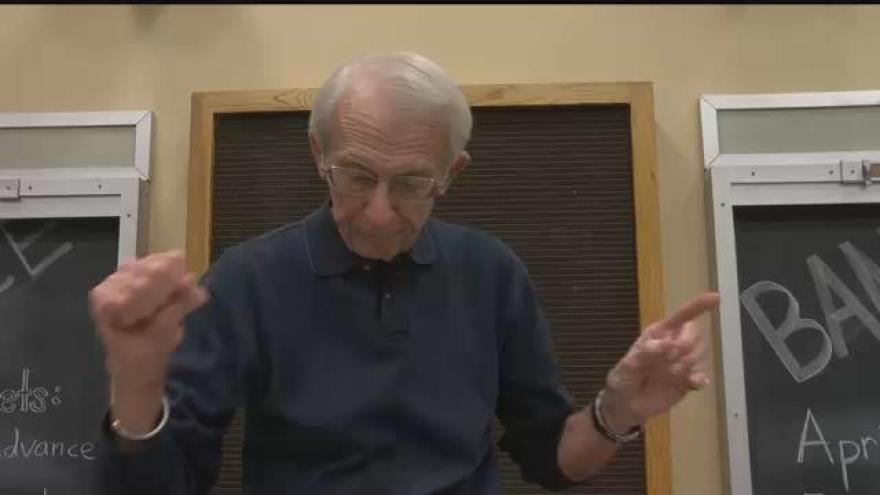 The UW-Madison’s Varsity Band Concert was held this past weekend. The annual spectacle is something nearly 30,000 fans look forward to, but the band was almost without its charismatic leader who recently underwent double bypass surgery.

CBS 58’s Kate Chappell sat down with Band Director Mike Leckrone in Madison to talk about his road to recovery and how he's moving forward.

We caught up with living legend Leckrone while he conducted rehearsal in the music department at the University of Wisconsin-Madison just weeks after surgery.

\"I feel very good. I think I'm way ahead of schedule for the recovery. I think I’m ready to go,” said Leckrone.

He had to sit out of NCAA travel and almost had to miss the band's biggest event of the year.

For 48 years the charismatic conductor has been at the helm of the Badger Band, \"it sounds almost too easy, but in 1969 I applied for a job here at University of Wisconsin and I got the job. I've been here ever since,” said Leckrone.

Originally from Indiana, Mike Leckrone was inspired by his father who was a high school band director, “he taught me you can't sacrifice excellence.”

Leckrone says much has changed in nearly five decades. When he started only men were allowed in the band, interest in marching was at an all-time low, and campus was experiencing a period of unrest and protest, “I used to sit here at this window and look out and see the National Guard assembled with bayonets.”

Mike is credited with bringing Wisconsin's band up to today's BIG 10 high standards. Now the band is involved in nearly every aspect of campus. He started traditions students and fans from near and far now count on like the fifth quarter - a football institution, and perhaps the band's biggest event of the year - the Varsity Band Concert.

Even at 80 Leckrone is known for his dynamic directing where it's not uncommon to see him mid-air, \"I like to push the envelope a little bit,\" said the charismatic director.

A professor, award-winning and published composer, and mentor to thousands of students, Leckrone’s longevity in music, and noticeable passion is what makes his story one that will stand the test of time, “I hope people will say, well he's left a really positive mark and set everything going forward.\"

The Varsity Band Concert was held Saturday, April 22 at the Kohl Center.

You won’t see Leckrone do any mid-air flips this year since his doctors haven't cleared him. But Mike says to still expect something \"out of the box.\"