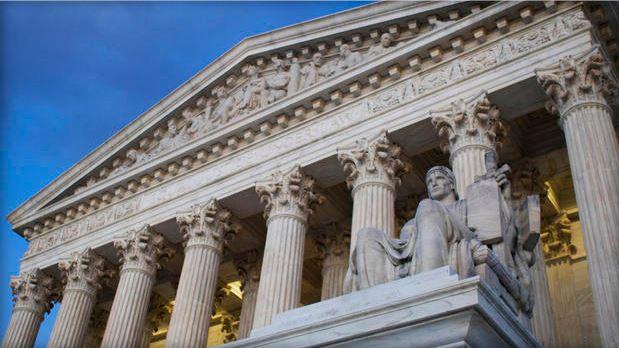 (CBSNews) The Supreme Court ruled Thursday in Fisher v. University of Texas at Austin, deciding 4-3 that the race-conscious admissions program at the university is legal under the equal protection clause.

The court heard arguments in December for the second time in three years in the case of a white Texas woman, Abigail Fisher, who was rejected for admission at the University of Texas.

The court first heard the case in 2013, but it effectively punted the issue that year, sending the case back to the lower courts.

The case was brought to the court by Fisher, who applied to the University of Texas-Austin as a high school senior in 2008. She filed suit against the school after she was rejected, arguing the university's consideration of race didn't meet standards previously set by the Supreme Court.

Fisher did not graduate in the top 10 percent of her high school class, which would have won her a spot at the state's flagship college in Austin. She also did not get in under the program that looks at race among many factors and through which Texas admits about a quarter of its incoming freshman classes.

Lawyers for Fisher say the university has no good reason to consider race at all because the "top 10" plan that the state put in place in 1997 works well to bring in Hispanic and African-American students. Texas says the plan by itself is not enough and it needs the freedom to fill out its incoming classes as it sees fit.