UPDATE: MPD Officer Shoots Suspect After Being Hit by Car 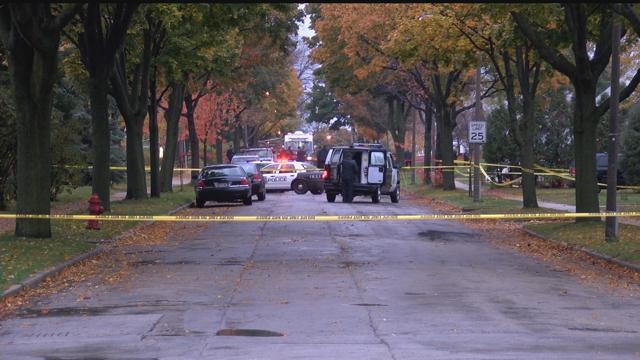 A Milwaukee police officer was injured after he was hit by a suspect's auto during the investigation of suspicious person on Milwaukee's South Side. The driver of the auto fled after he was was shot by the officer and was arrested a short time later.

The incident began when MPD officers were sent to a suspicious persons call in the 3900 block of South Howell shortly before 3 PM on October 31. Officers quickly found and arrested two suspects, one of whom is a convicted felon who was armed with a handgun, in the area of the call.

During the investigation, a Milwaukee police officer was hit by a third suspect's car at South 5th Place and West Norwich as he stood next to a marked Milwaukee Police Squad. The officer fired at the suspect who fled in the striking car. The suspect was arrested a short distance later near 6th and Howard.

The suspect is a 27-year-old Milwaukee man. He was conveyed to a local hospital where he is undergoing treatment for gunshot wounds sustained in the incident. His injuries are believed to be non-life threatening.

The officer is 45-years-old with 12 years of service as a Milwaukee police officer currently assigned to District 6. He was conveyed to a local hospital where he is undergoing treatment for non-life threatening injuries sustained when struck by the suspect vehicle. As is protocol, the officer has been placed on administrative duty pending the outcome of the investigation.