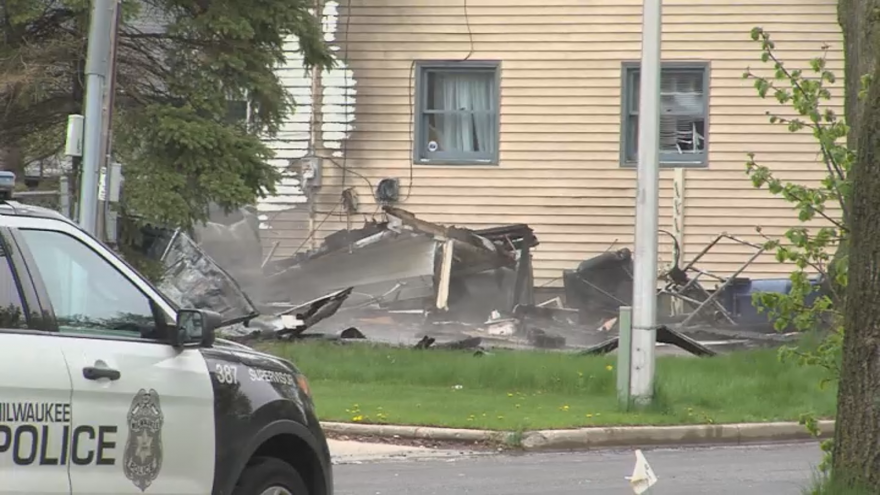 MILWAUKEE (CBS 58) -- Milwaukee firefighters responded to three different fires in less than 15 minutes Sunday morning. Fortunately, no one was injured in any of the fires.

A detached garage was destroyed by a fire on Milwaukee’s north side this morning.

According to the Milwaukee Fire Department, the garage was fully involved in flames when firefighters arrived and the structure is considered a total loss.  The fire was reported around 10:30 at N 38th Street and W Good Hope Road.

No one was injured in the fire, the cause of which is still under investigation.

Milwaukee Firefighters also responded to a house fire on the city’s south side around 10:25 AM. The fire was confined to a bedroom in the 1.5 story home at S 26th Street and W Holt Avenue.   No one was injured but the two people living in the home were displaced by the fire. The cause of the fire is under investigation.

There was an active fire reported in the grease hood in the kitchen.

MFD authorities say the fire was extinguished before the firefighters arrived. No one was injured and there is yet to be an estimate of damage from the fire.