Suspect that shot MPD officer three times was out on bail

NOW: Suspect that shot MPD officer three times was out on bail

Rodthong was eventually taken into custody after crashing into another vehicle. He has not yet been charged for this shooting but he has three other cases pending in Milwaukee County, and is facing several counts of felony bail jumping.

It's the latest Milwaukee County case in which an offender committed another violent crime while out on bail.

Milwaukee Police Chief Jeffrey Norman says his department is doing what it's supposed to, but Wisconsin Attorney General Josh Kaul says the bail process in the state should be tougher.

Attorney General Kaul said, "The federal system is pretty different from the system we have in the state, and I think it's much better at protecting public safety."

He says federal judges usually consider if a person is a danger to the community or a risk of flight. If they are they're detained before trial, not released.

Kaul says that federal system is more effective than the state system, in which the Wisconsin constitution says bail is set to ensure attendance at trial. "It doesn't include risk of danger to the community in the way that I think it should."

Chief Norman acknowledges the police department is just one piece of the criminal justice system, saying, "As part of our role, I think we're doing a pretty good job at it."

The department's role is investigating and detaining offenders, but at some point those offenders are passed along to the district attorney's office.

Between March and August of 2020, Jetrin Rodthong was arrested three times for driving stolen cars, and twice he fled officers. 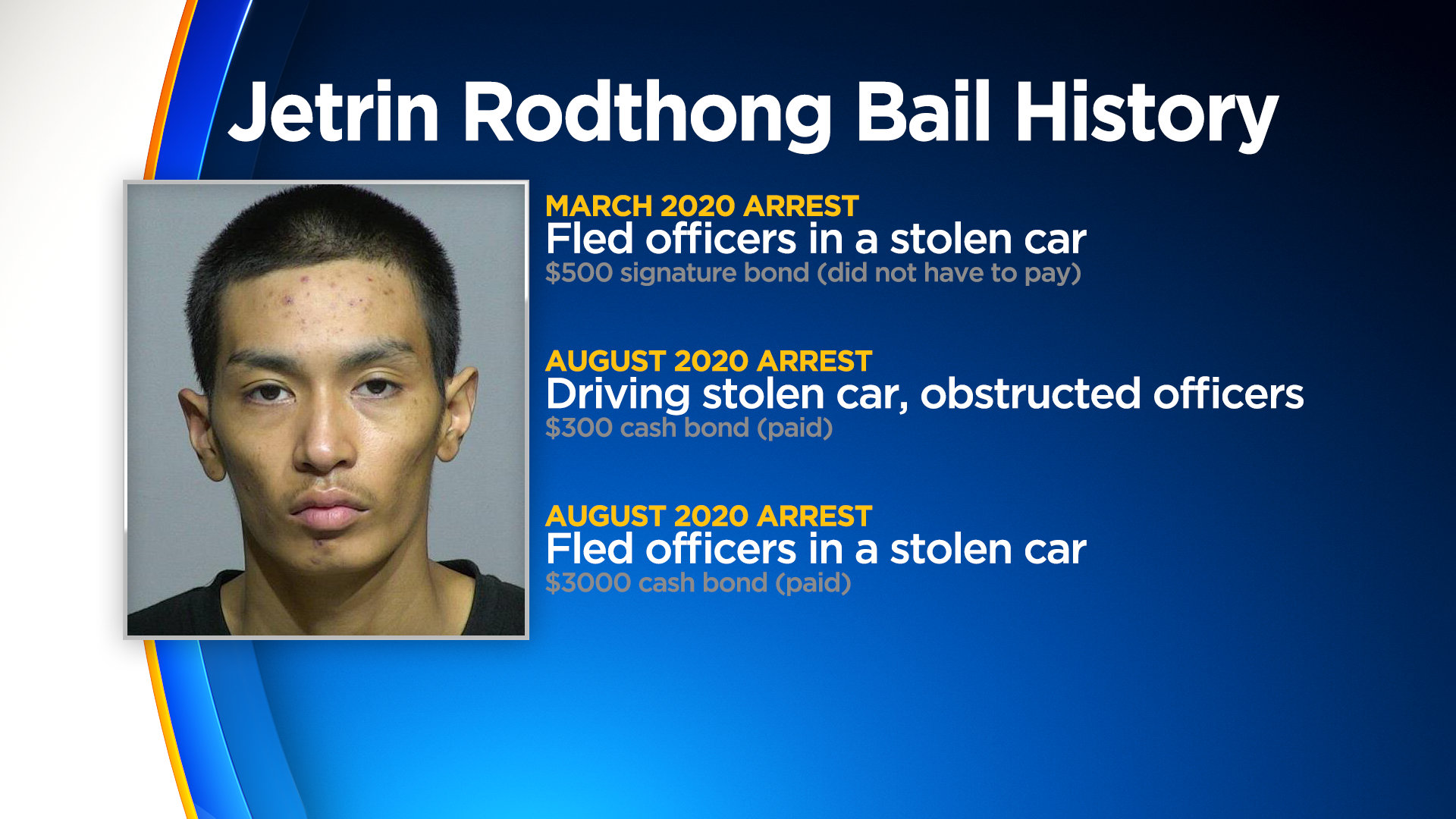 Chief Norman deflected when directly asked about Milwaukee County District Attorney John Chisholm's bail policies, and was clear in saying he won't tell others what to do. "When we talk about the other partners, we have to be part of those conversations, but we're not driving those conversations."

When Chief Norman was asked how he voices concerns or frustration to other offices in the criminal justice system, he said it requires honest conversations and collaborative solutions. "I think it's honest, constructive, and concise. Looking for 'this is what my perception is, what can be explained amongst ourselves, and what can we work out?'"

Attorney General Kaul says the current level of violence is unacceptable, and it's taking a toll on the legal system. "Our system has been under-resourced for years and years in Wisconsin, and the strain of the pandemic has led to increased violence, and some increases in anti-social behavior."

In the meantime, he says the state could invest some of the $4 billion budget surplus into public safety that he says can make communities safer. "Things like more community police officers, recruiting and retaining officers, victim services programs, and violence prevention programs as well."

We reached out to District Attorney Chisholm and the deputy district attorney to learn more about Rodthong's cases.

Neither was available Friday, and when asked about availability next week, we did not hear back.