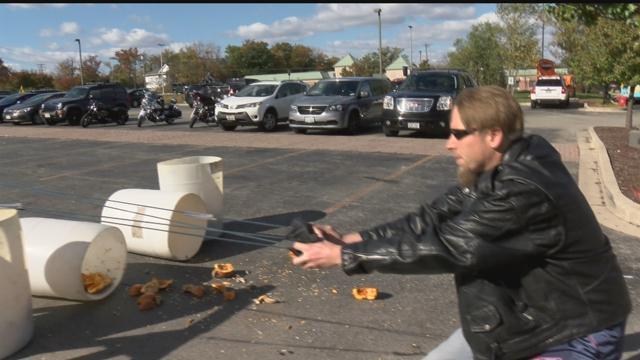 Harley-Davidson was having a little Halloween fun of their own with a massive pumpkin launcher on Saturday.

The goal was to hit some barrels way off in the distance for some great prizes, though it's not as easy as it seems depending on who you ask.

"I'm not great at it, but we have some people here who have been hitting the farthest ones out and we've had dozens of winners today and all kinds of great deals," said Jeff Binkert of Houses of Harley-Davidson.

But it's not all smashing pumpkins, Harley teamed up with the "Blood Center of Wisconsin", collecting some much needed donations.