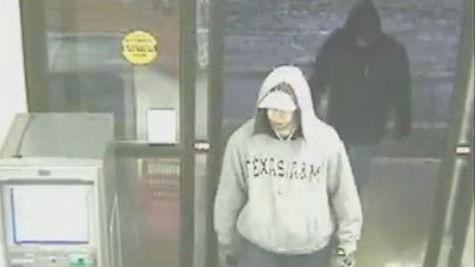 Sheboygan Police are asking for the public’s help in identifying two men involved in a theft from the Citgo gas station, 3715 Washington Avenue.

On Tuesday, December 20 at 1:31 AM, two men entered the Citgo gas station and purchased one item. Police believe the men planned on stealing from the clerk but a citizen entered and thwarted the initial attempt.

A short time later the two subjects re-entered the Citgo and went directly to the clerk asking to purchase an item. One of the men then grabbed an undetermined amount of money from the register before both men fled on foot.

A possible suspect vehicle is described as a 2001-2006 purple Dodge Stratus as one was observed in the area by a witness.

Anyone with information on the incident is asked to contact the Sheboygan Police Department at 459-3333.