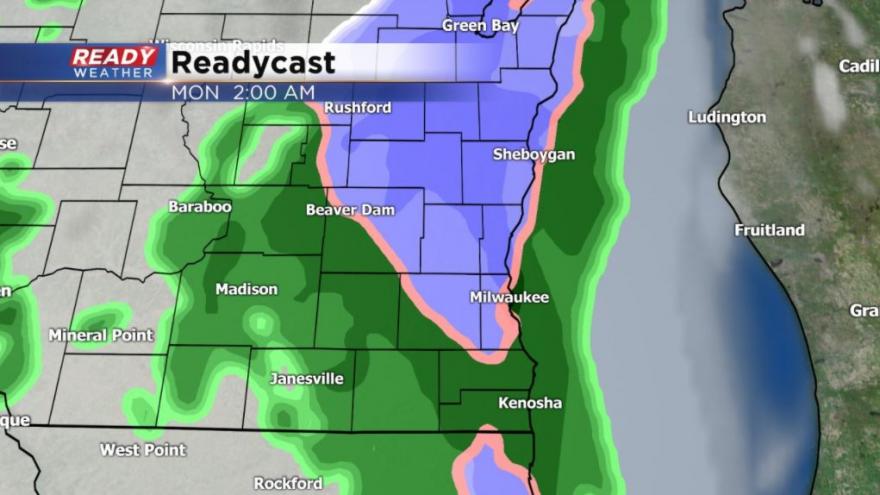 SOUTHEAST WISCONSIN (CBS 58) -- Sunshine made the chill on Sunday very bearable for a lot of the trick-or-treaters out and about. Clouds are quickly moving in and scattered light rain showers are expected by Sunday night. The best chance for rain starts around 10 p.m. and lasts through 6 a.m. Monday morning. By the morning commute, the majority of roads will start to dry up.

Although the majority of the precipitation Sunday night will stay as rain, a few flurries could mix in especially for northern communities.  By Monday morning most of southeast Wisconsin will have picked up a light tenth to two tenths of an inch of rain. 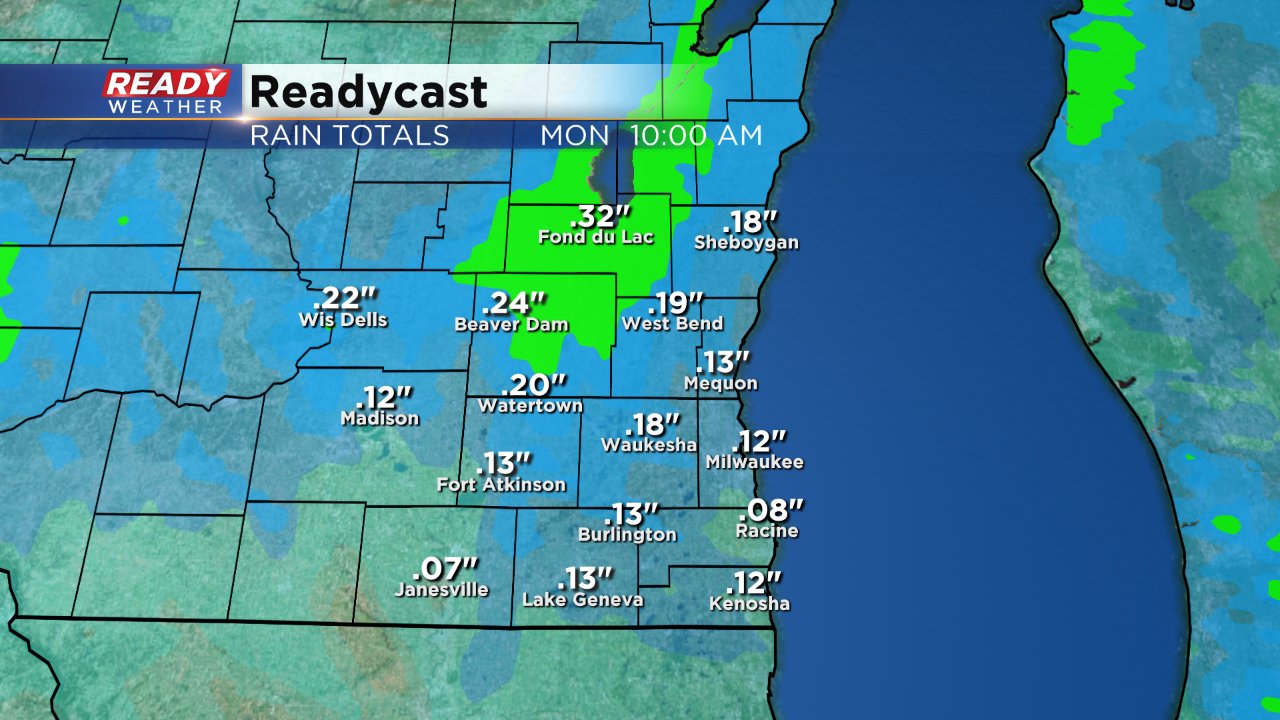 A few more isolated flakes and areas of drizzle will be possible throughout Monday and could even linger into Tuesday but no accumulation is expected especially when it comes to snow.

Low temperatures Sunday morning were cold in western spots where the clouds cleared out sooner than lakeside communities. Milwaukee, Racine and Kenosha were the only cities to stay above 32° and some inland cities did not see the 28° typically used as a threshold for a killing freeze. 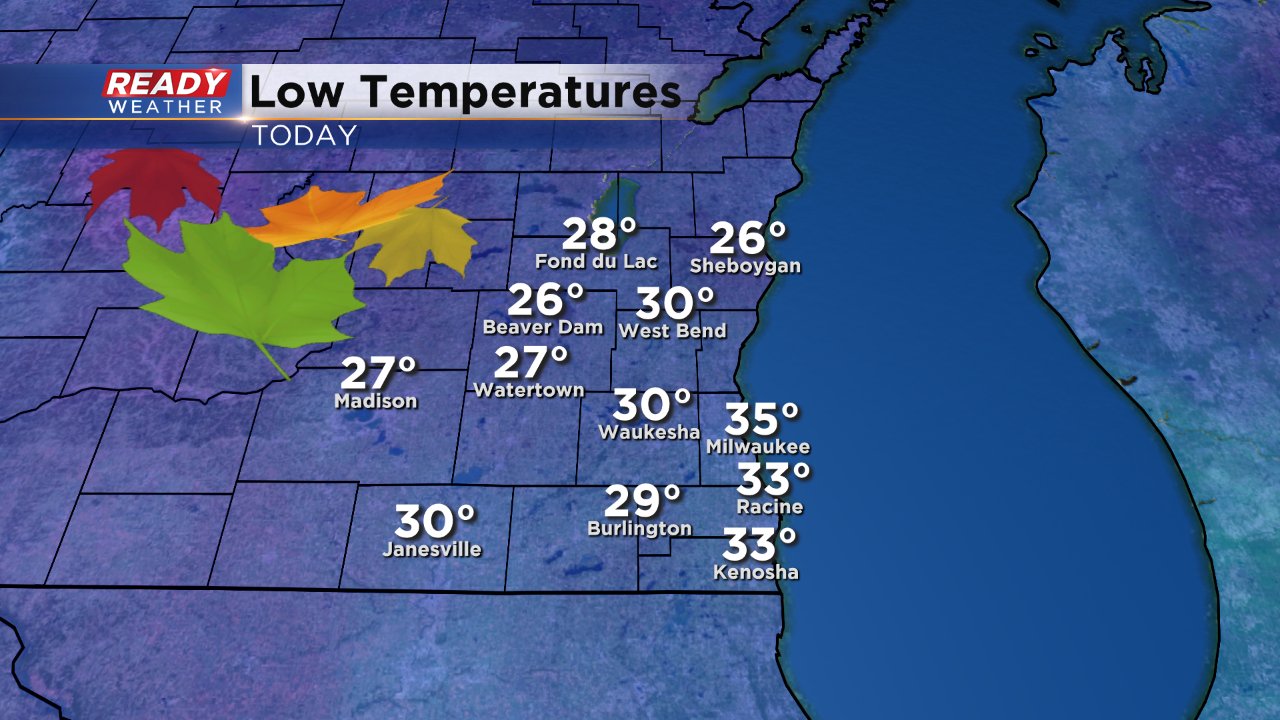 Lows Monday morning will stay away from the freezing mark but still chilly in the middle and upper 30s but our next chance for a hard freeze will come quick Monday night into Tuesday morning. 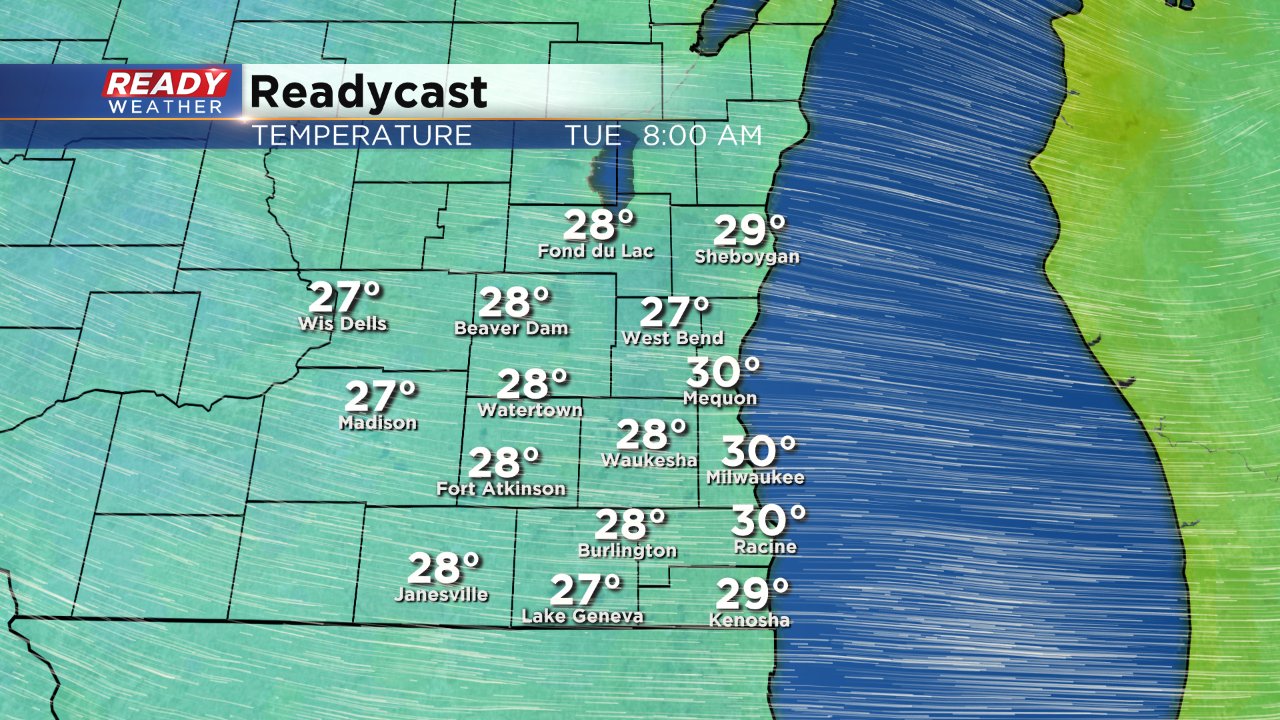 If freezing still isn't hit Tuesday morning another chance arrives Wednesday morning where temps are expected to be a couple degrees cooler with the majority of southeast Wisconsin in the upper 20s. Halloween itself is expected to be chilly with highs in the low 40s and wind chills in the 30s all day. Chance for a passing sprinkle or flurry. 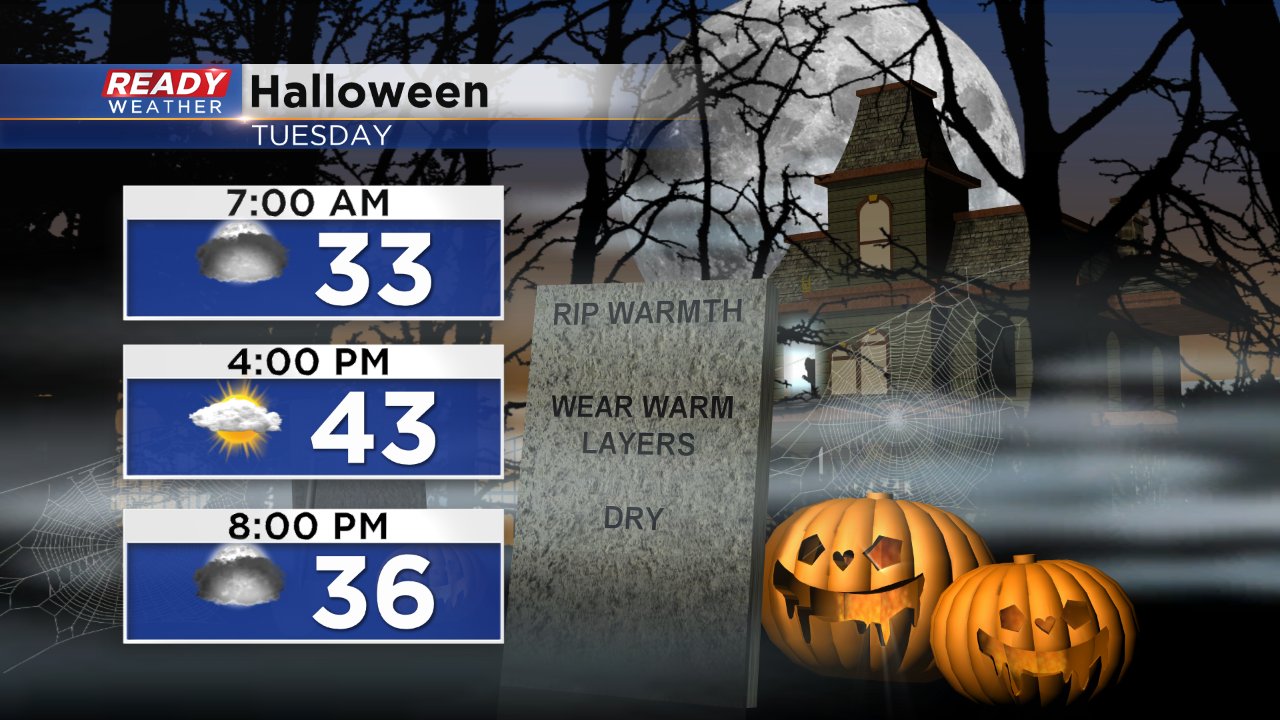 The next chance for some precipitation will arrive on Wednesday afternoon but as temperatures warm up it should stay mostly rain.

Download the CBS 58 Ready Weather app to track the showers and flurries as they develop and see how cold temperatures get where you live.