Despite staying below the average low 60s for this time of year, it was very pleasant on Wednesday. Similar conditions are expected for the morning and early afternoon of Thursday with highs in the upper 50s. A strong lake breeze will develop in the afternoon cooling temperatures down quickly into the 40s. If you want to enjoy the pleasant temps get out in the morning and early afternoon before the breeze arrives. 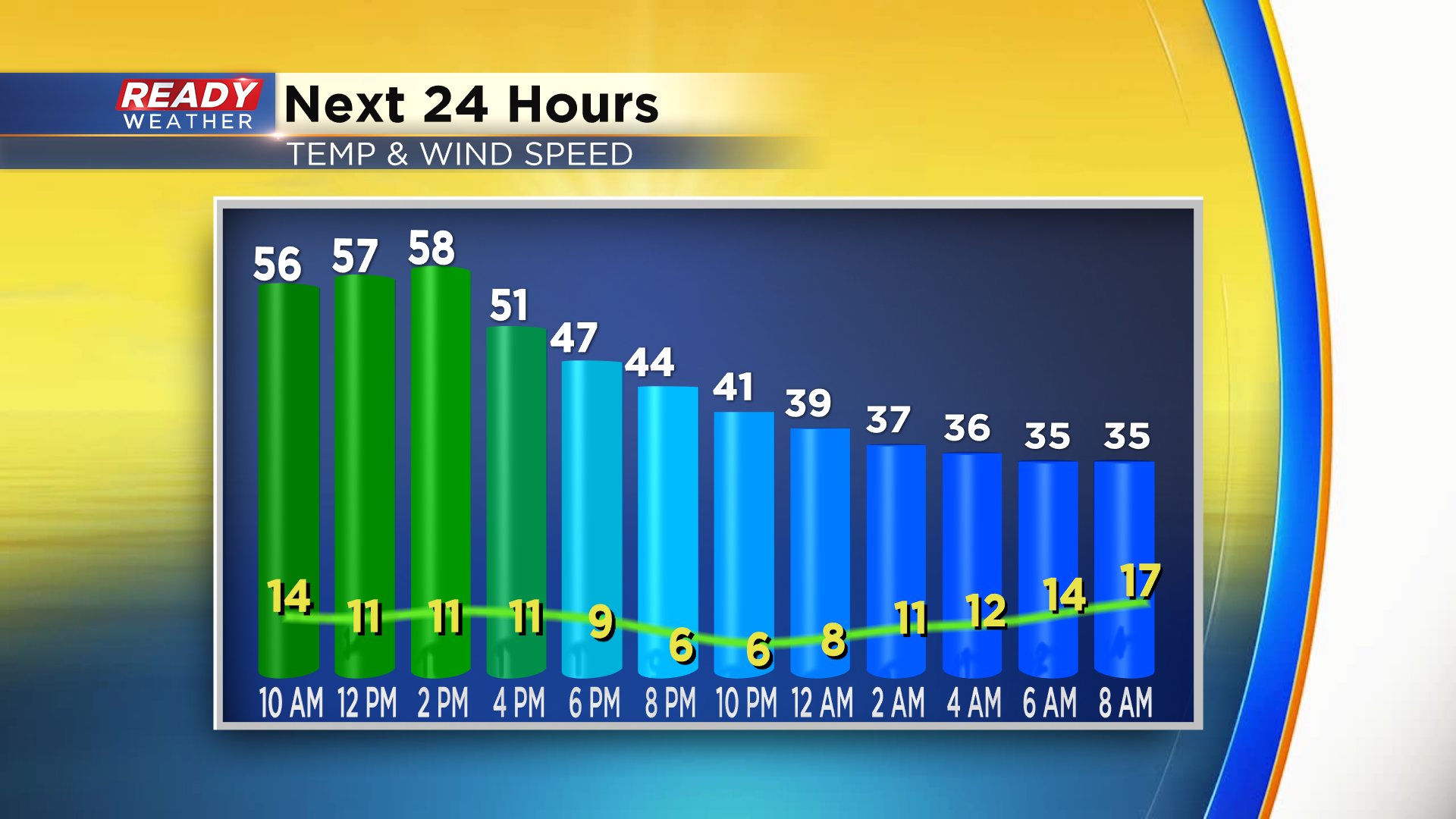 Friday morning will be very chilly with widespread frost expected. Some lakeside areas, especially in far southeast Wisconsin, may escape the frost but otherwise it's a chilly morning. 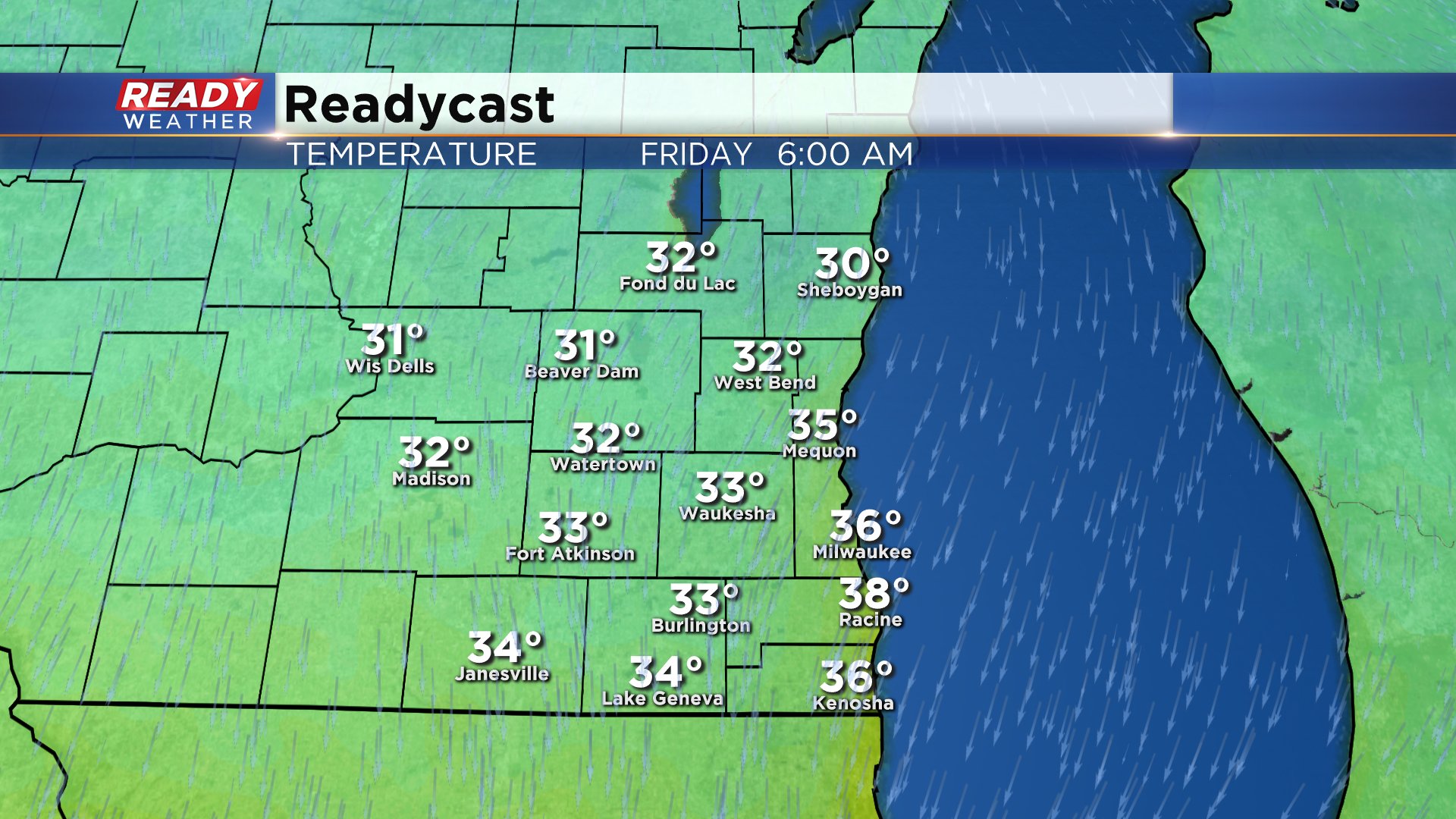 Areas north of I-94 could see a freeze with a hard freeze when the temperature dips below 28* possible up in northern Wisconsin. 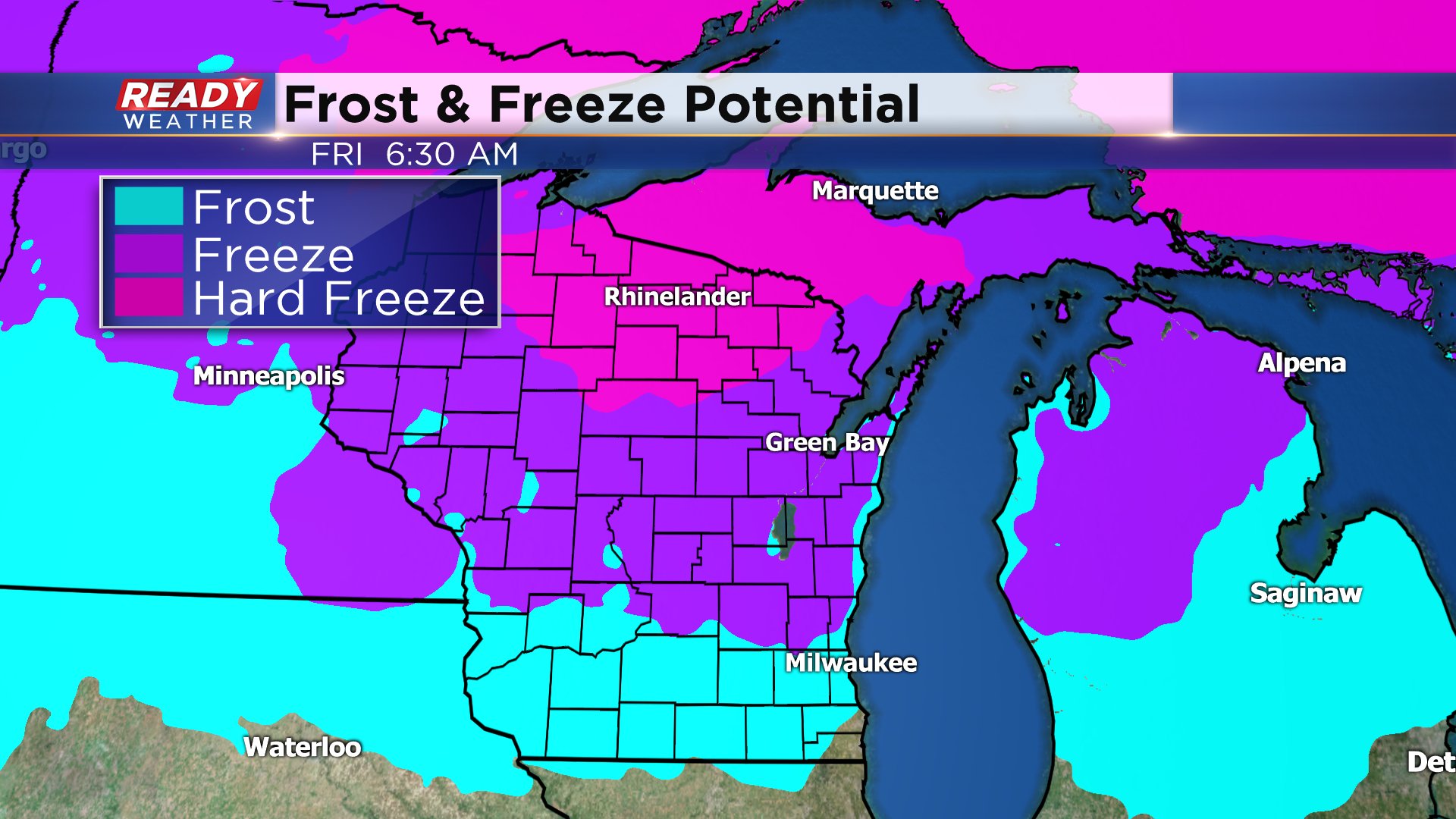 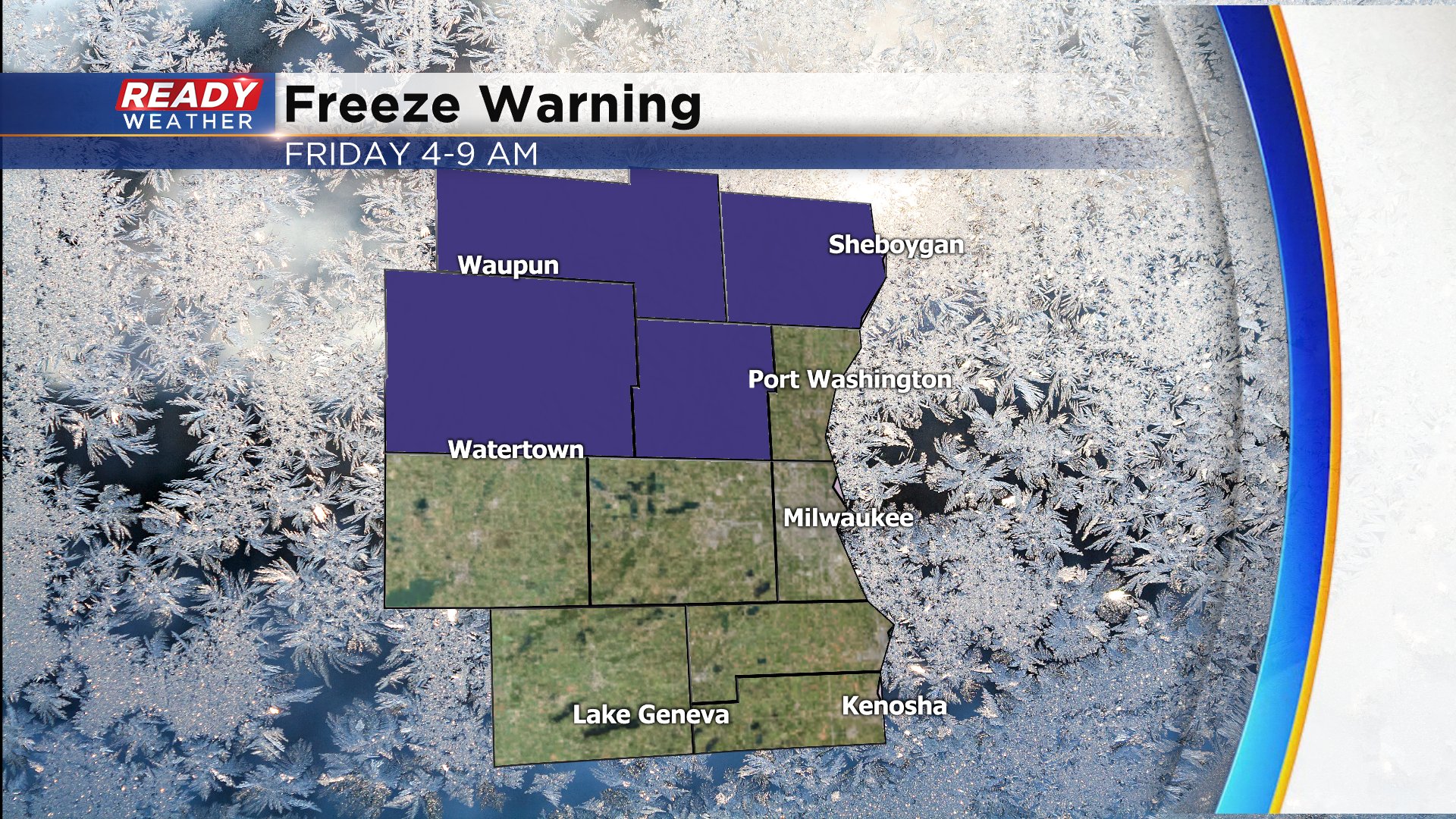 Temperatures Saturday morning will likely be colder locally with a widespread freeze expected. A few inland communities could see a hard freeze but expect freeze warnings to be issued. 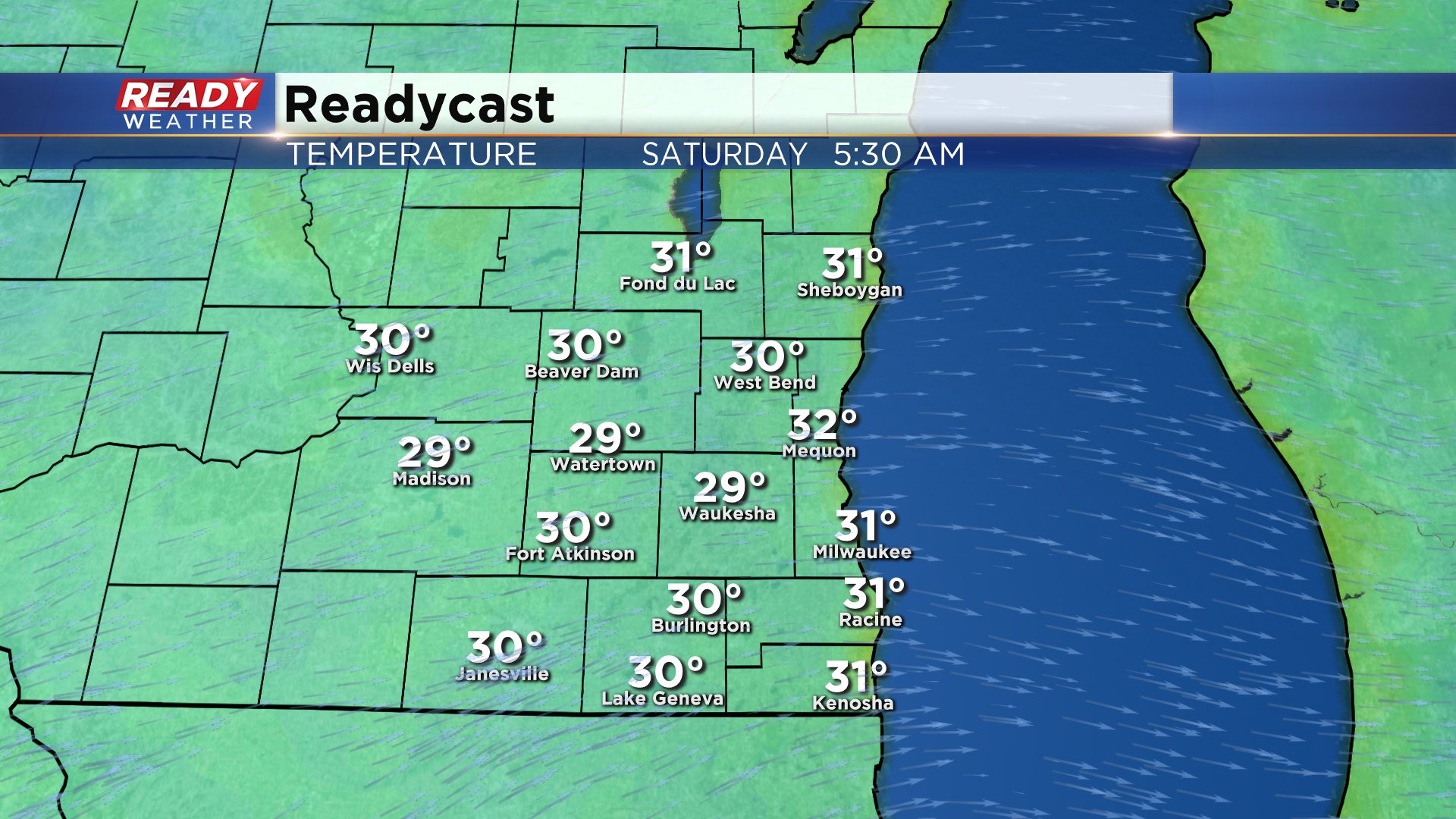 There's not much change in the forecast the next five days so once you take your plants inside or cover them in preparation for Friday morning you may as well leave them that way through the beginning of next week. Lakeside communities may escape the brunt of the freeze after Saturday morning but inland spots could see a few more freezes through early next week. After Tuesday morning temperatures look to warm up a little. 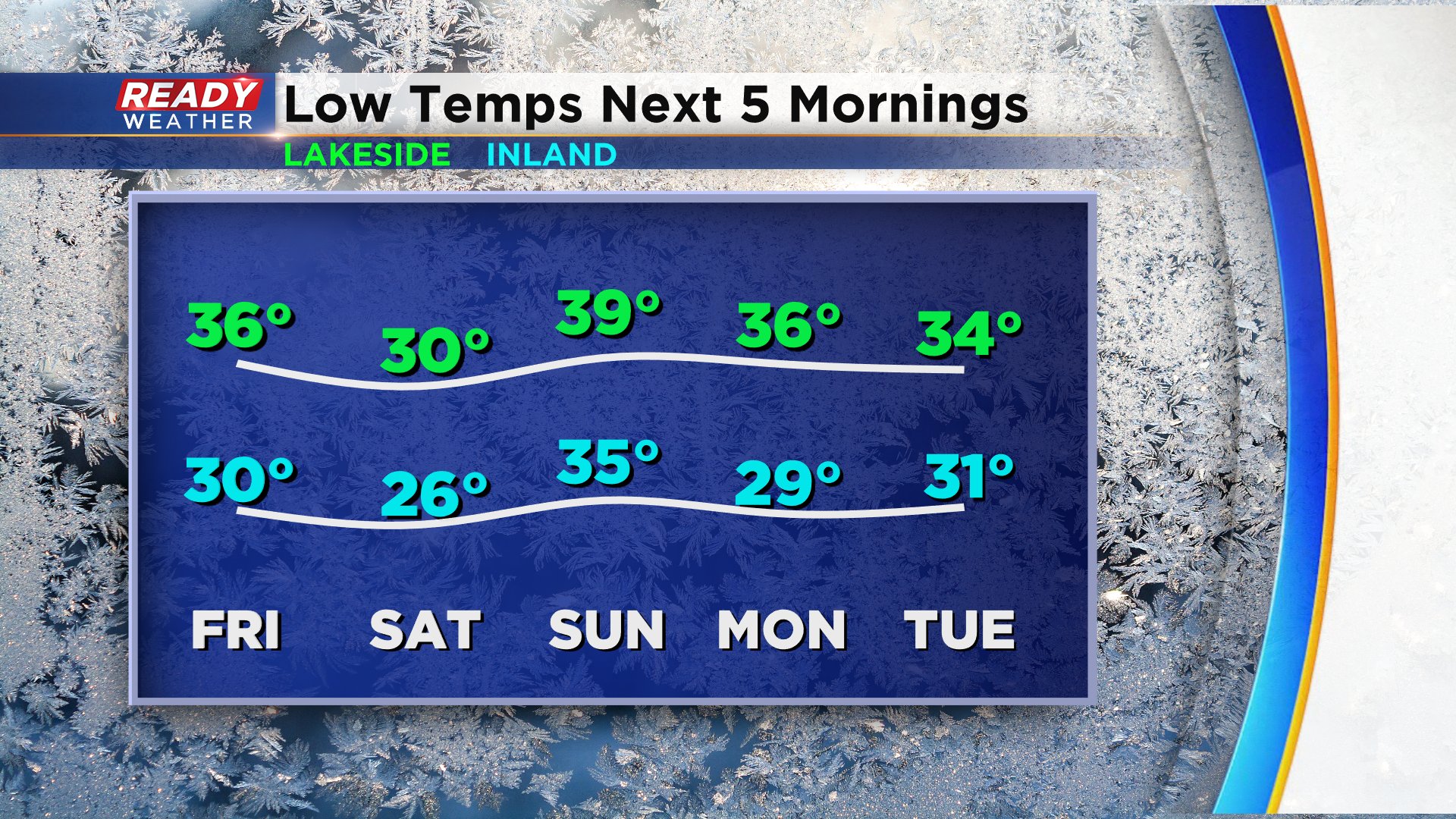 Seeing a freeze during the month of May is a little uncharacteristic in the Milwaukee area but certainly not for most of southeast Wisconsin. The last time Milwaukee had a freeze in May was 16 years ago in 2004. The latest a freeze has ever happened in Milwaukee is May 27th so having one happen on May 9th (Saturday) would go down as tied for the 15th latest freeze on record. 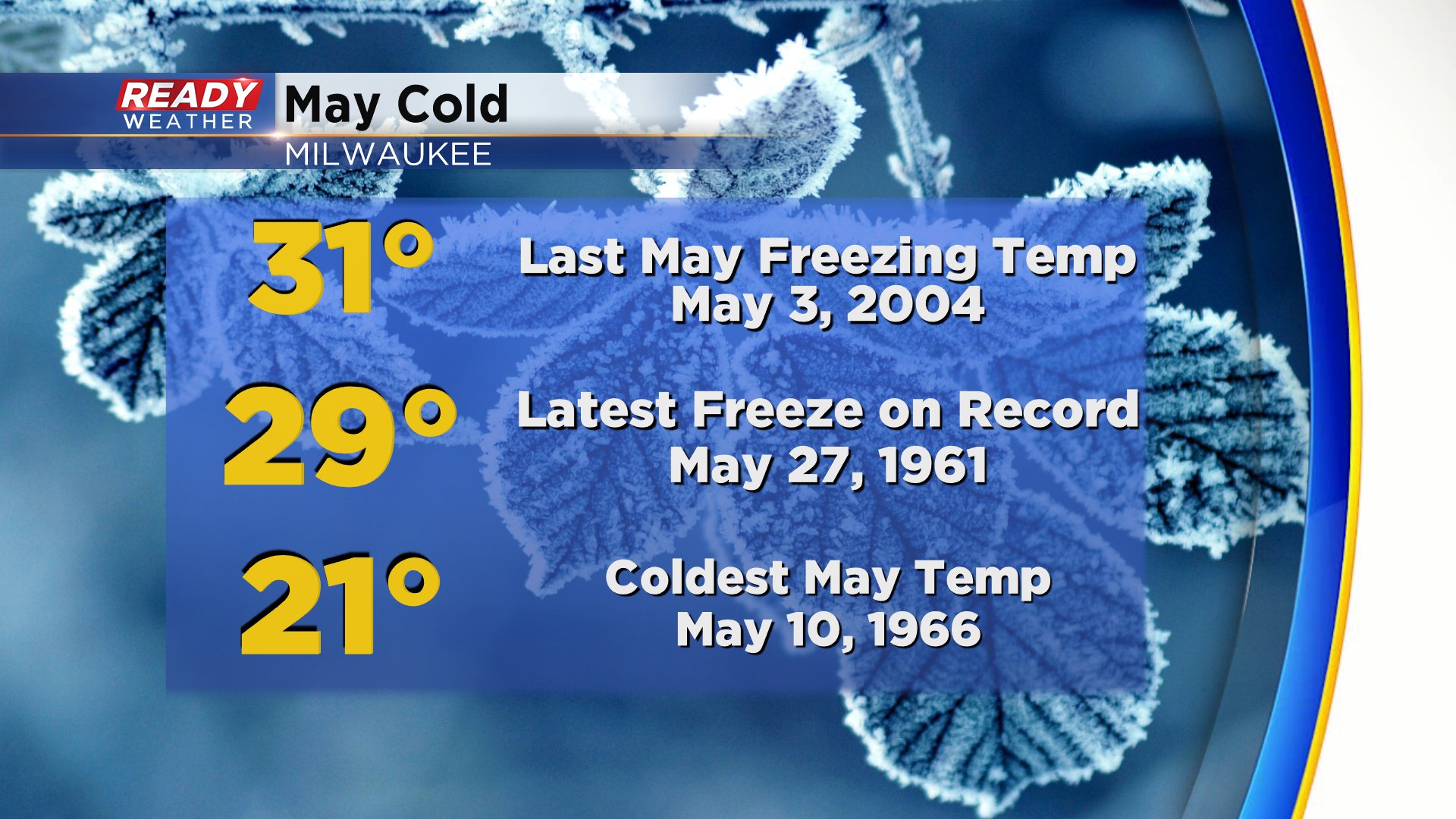 In addition to the chilly temperature causing a freeze, we will get close to record levels. The record low for Friday morning is 30* set back in 1947 and 26* for Saturday morning set in 1966. The current forecast of 36* and 30* respectively likely won't be enough to make history but the fact that we will be that close is impressive. 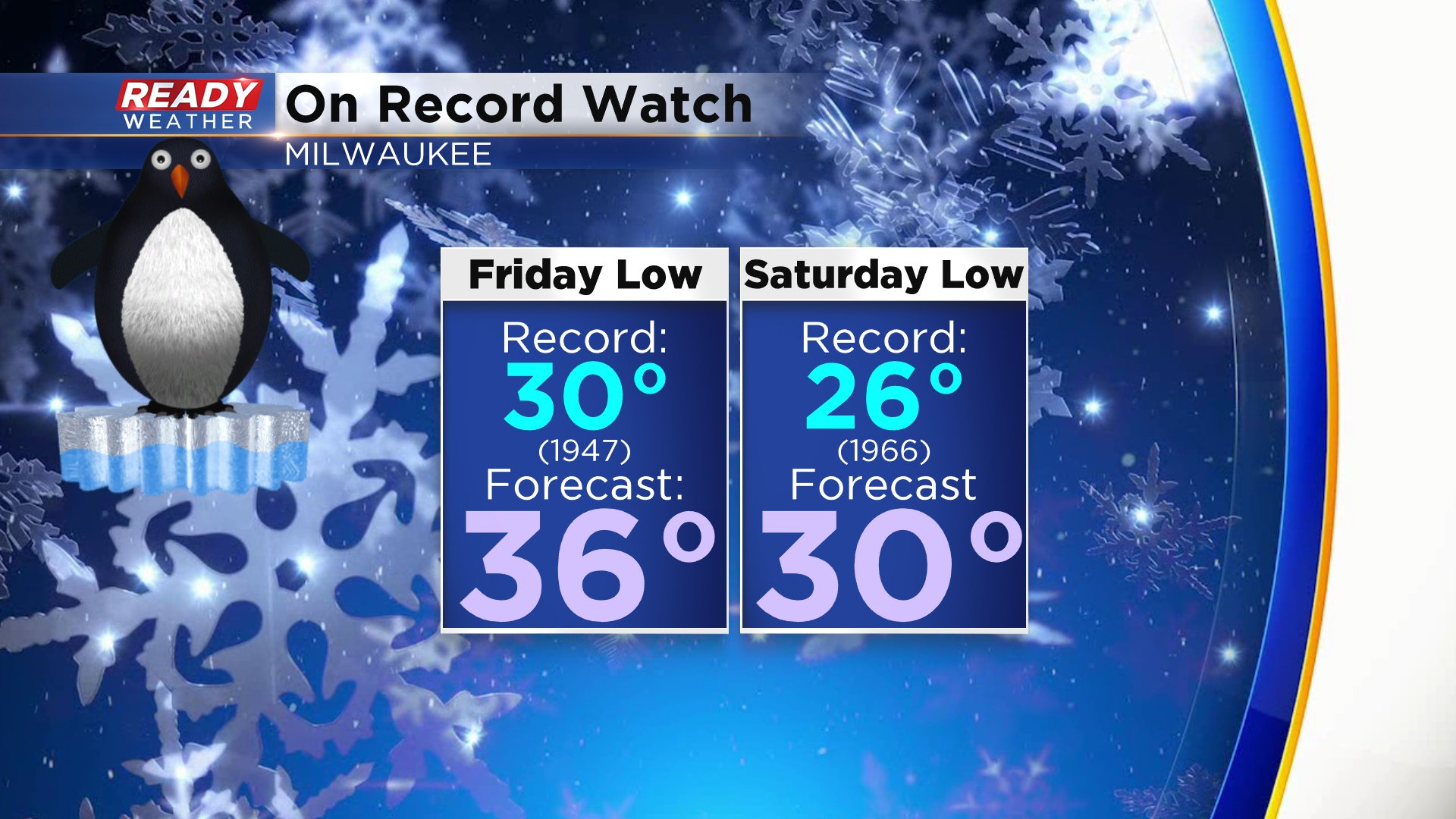 Download the CBS 58 Ready Weather forecast to track the temperature where you live and see the hour-by-hour forecast for your location.