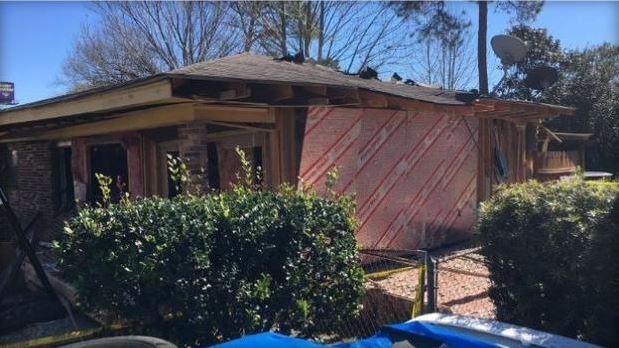 That's the conclusion fire investigators have reached regarding a gas explosion at a Mississippi home.

Luckily no one was home at the time Wednesday, and the family's four dogs were all safely removed, but the blast left part of the house in ruins.

Gulfport Fire Chief Mike Beyerstedt tells CBS affiliate WLOX that a puppy's collar somehow got hooked on a gas valve in the laundry room. The valve opened. Gas leaked out, seeped into a vent, and flowed into the attic.

Once trapped there, investigators believe either the furnace or the water heater kicked on. One of those units became the ignition source, creating an explosion that blew a hole into the house.

Beyerstedt said a dryer used to be connected to the valve but the owners replaced it with an electric appliance.

Until Wednesday's mishap, the valve was in the off position, WLOX reports.