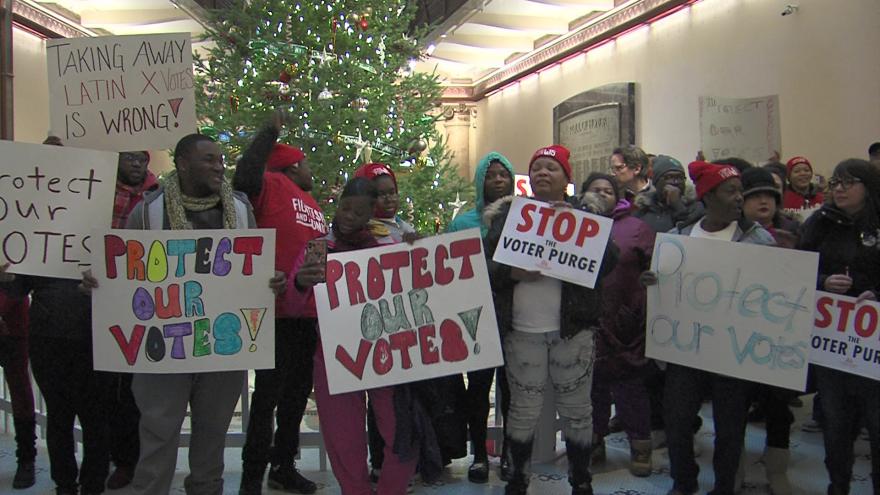 MILWAUKEE (CBS 58) -- The recent ruling by a judge that hundreds of thousands of Wisconsin voters must be removed from the voter rolls drew an angry crowd to Milwaukee City Hall on Wednesday, Dec. 18.

They held a rally to protest the decision.

The judge based it on the fact that the voters did not respond in time to a letter asking if they had moved.

A conservative law firm sued, arguing that state law required the deactivation of the voters and the judge agreed.

The protesters believe there's more to this ruling than just following state law.

"What we know is that these purges are meant to limit our democratic right, so that the extreme right can hold power for the rich and already powerful," said Milwaukee County Clerk George Christenson. "People are scared. The right to vote is fundamental to our society. And even if one person is discouraged or disenfranchised, that's wrong."

The ruling already faces two legal challenges, one from the state Department of Justice and another from the League of Women Voters.