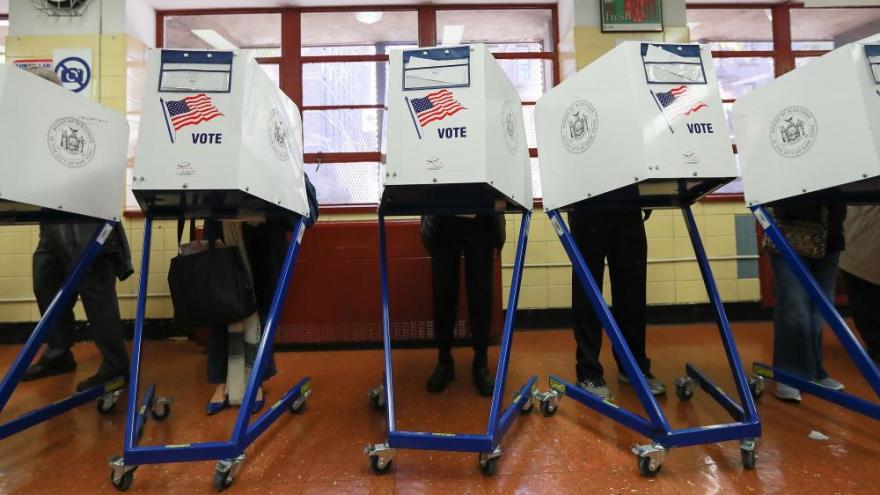 Roughly 234,000 voters are to be removed from Wisconsin's rolls because they may have moved recently, a county judge ruled.

(CNN) -- Roughly 234,000 voters are to be removed from Wisconsin's rolls because they may have moved recently, a county judge ruled Friday.

Ozaukee County Judge Paul Malloy instructed the Wisconsin Elections Commission to "abide by state law" in removing the voters, the Wisconsin Institute for Law and Liberty, a conservative law firm that filed a legal complaint that led to the ruling, said Friday.

Reid Magney, a spokesman for the elections commission, told CNN the group plans to meet and will discuss "next steps," including whether to appeal the decision.

In a state viewed as a battleground in 2020, the removal of 234,000 voters from the rolls could have profound implications. In 2016, President Donald Trump won Wisconsin's 10 electoral votes through defeating Hillary Clinton by less than 23,000 votes.

When the Wisconsin Institute for Law and Liberty filed the complaint in October, it argued that state law requires the commission to remove from the active voting rolls voters who hadn't responded to a recent mailing, made as part of a regular effort to update rolls, within 30 days.

"State agencies comprised of political appointees and unelected staff do not have the authority to invent or amend policy contrary to state law," the institute's president and general counsel, Rick Esenberg, said in a statement at the time.

The commission, however, said it was allowing voters to stay on the rolls through the spring of 2021 based on a June vote by the commission.

"The commission is confident that it is complying with Wisconsin law," Meagan Wolfe, the state's chief election official, said in a statement at the time.

Voters in Wisconsin must register online or by mail 20 days before Election Day, according to Vote.org. If they miss that deadline, they may still register in person up through o Election Day.

As of June 2019, the state had 3.4 million registered voters, making up about 76% of Wisconsin's voting-age eligible population.

Several conservative-leaning states, including Texas and Ohio, have recently moved to strike names from their voter rolls, though the actions have been challenged in court with mixed results.

CORRECTION: This story has been updated to correct how long voters have to register in person in Wisconsin.