MILWAUKEE (CBS 58) -- The president spoke to a wild, full house at the Panther Arena Tuesday night.

President Trump says Wisconsin voted for him in 2016, and he kept his promises.

The crowd chanted throughout the night, "four more years."

The president talked a lot about what he's meant for the economy since 2016, referencing low unemployment in Wisconsin and nationwide. He also talked about funding the military and defended his recent decision to kill Iranian General Qasem Soleimani.

"Our economy is booming, wages are rising, poverty is plummeting, crime is falling, and America is the envy of the entire world," he said.

Trump spoke for just under an hour and a half. 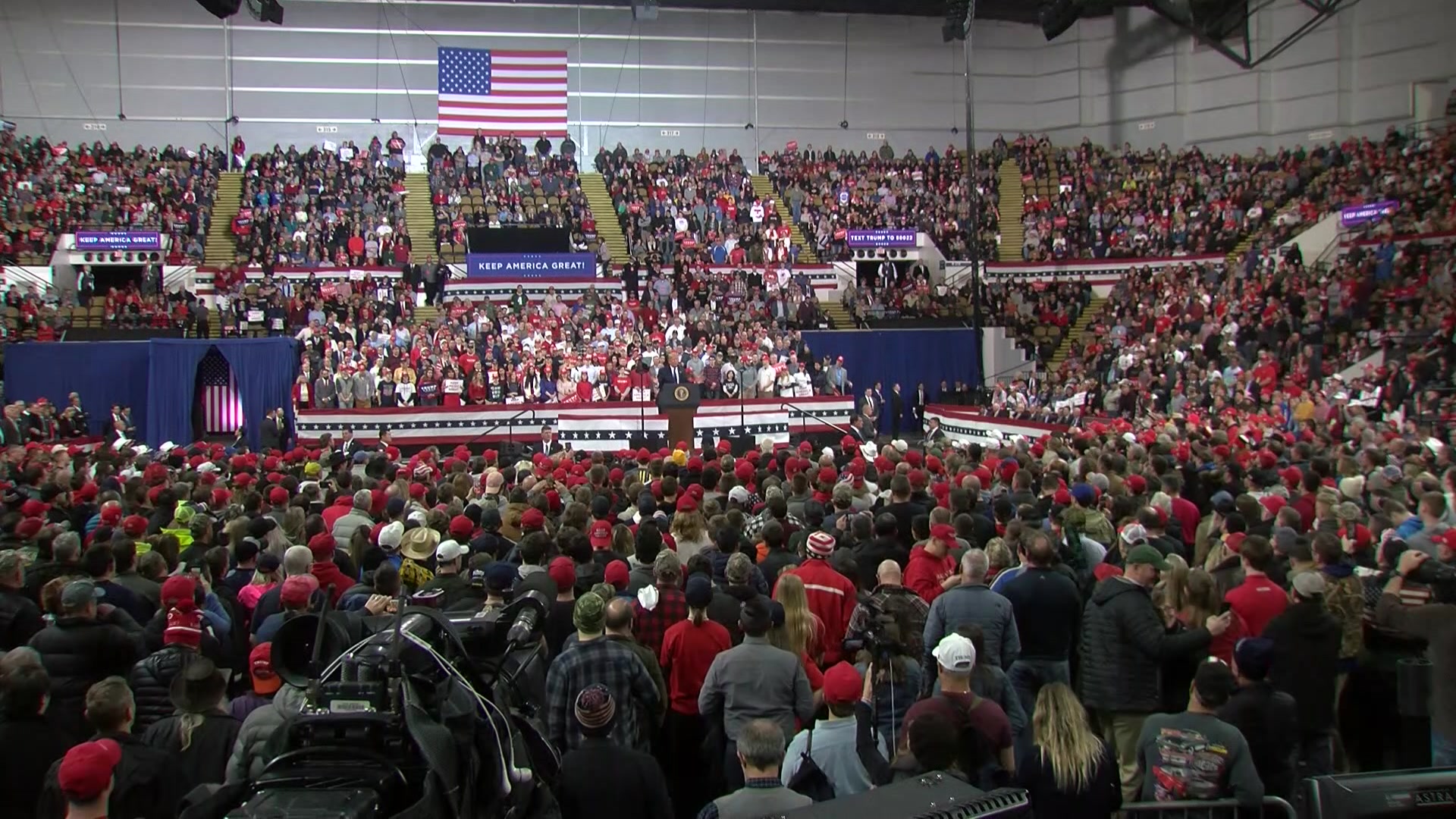 Supporters of President Trump started lining up hours ahead of the rally to make sure they'd get a spot inside the arena.

President Trump  has campaigned in other areas of the state, and comes to Milwaukee for policy reasons, but this is the first campaign rally he's held in Wisconsin's largest city.

People starting to fill out Panther arena for @realDonaldTrump’s rally at 7. More students and people from Illinois in the crowd than I expected pic.twitter.com/NWwWRhvAtT

CBS 58 saw a mix of ages at the event, and a decent amount of high school and college students from the area.

There's also a good amount of people who made the trek from Illinois.

Those who waited hours ahead of time to get in said there's not many opportunities to see the president.

"This is a once-in-a-lifetime experience that you can only do a few times in your life, if any more than one time," said Josh Garvens, President Trump supporter.

Still two and a half hours until @realDonaldTrump speaks at Pather arena in Milwaukee, but plenty of excitement in the building pic.twitter.com/MI2L5ghVvy

"I'm really excited that he’s actually coming to Milwaukee, and it’s great for me because I live in Illinois, and he never comes to Illinois. And so now that I go to school here, it was just a perfect opportunity to come see him, so it was just so exciting," said Hayley Johnson, President Trump supporter.

President Trump is expected to take the stage a little after 7 p.m.