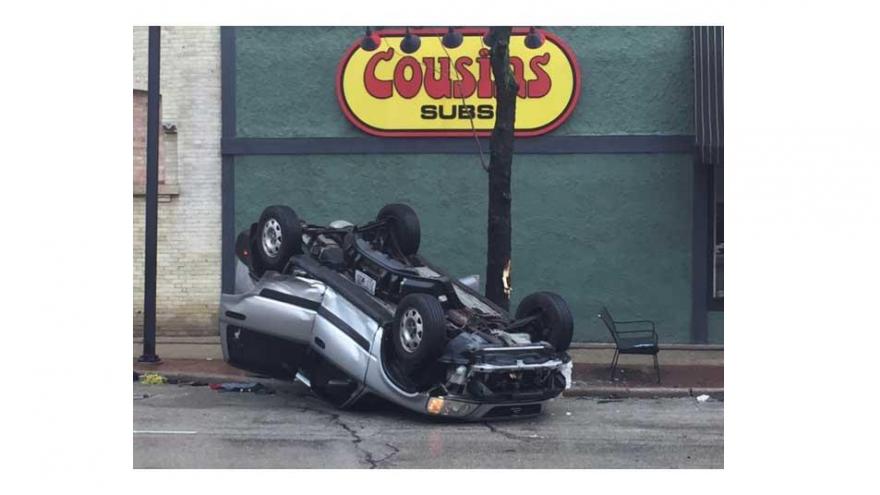 Milwaukee Police say a stop light was out at the intersection where a vehicle crashed and landed on its roof.

A Honda CRV was traveling west on W. State Street when it was struck by a northbound Geo Prism, causing the Honda to roll over.

The three occupants of the Honda were taken to a local hospital for treatment of non-life threatening injuries, as was the one occupant of the Geo.

The driver of the Geo will be cited for a license related violation.

The traffic signals at this location were not functioning at the time of the crash.

WE Energies says an equipment malfunction is to blame for the power outage in the Riverwest and Downtown areas Tuesday morning.

The downtown outage was in the area of Michigan and Juneau between 3rd and 6th streets.

The power is back on.