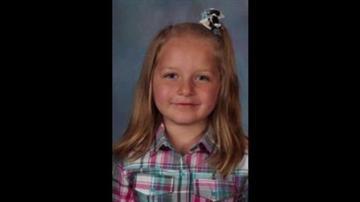 Alexa Linboom was forced to guzzle the fluids after she took \"one or two grape drinks\" that belonged to her stepmother, District Attorney Berkley Bell told CNN affiliate WJHL.

\"She was allegedly force-fed so much liquid that it caused the sodium level in her body to go down and caused her brain to swell,\" he said.

In addition to drinking more than 2 liters of fluids in about two hours, she also suffered other forms of punishment, Bell told the affiliate. He did not get into specifics.

The child became unresponsive, and the pair drove her to the hospital on New Year's Day in 2012.

Two days later, she was declared brain dead and removed from life support.

A two-year investigation determined her death was a homicide as a result of acute fluid/water intoxication, the Hawkins County Sheriff's Office said in a statement this week.

The Surgoinsville residents are being held on a $500,000 bond. They did not enter a plea in their first appearance before a judge Friday, CNN affiliate WREG reported.

Information on their attorneys was not immediately available.

Their trial is scheduled to start in October.