Paid Time Off for Pets? Already Happening Some Places 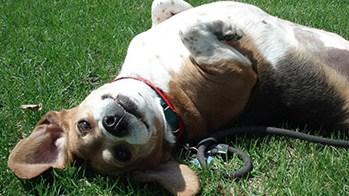 PHILADELPHIA (CBS) — If companies aren’t too keen on offering paid “Me-ternity” leave to their workers who don’t have children, maybe a fur baby would help employees get time off.

Some companies in the United Kingdom have already implemented “Paw-ternity”—paid time to take care of a pet.

Bitsol Systems is one of them. The founder of the IT support company, Greg Buchanan, implemented the benefit in 2013.

They offer up to three weeks of paid leave to employees when they welcome a new pet into their family. So far three employees and their respective four-legged friends have taken advantage of the perk.

This non-traditional benefit follows the trend of major companies like T-Mobile and Procter & Gamble who offer pet insurance plan.

Others such as Kimpton Hotels, VMWare and Maxwell Health offer their employees paid bereavement when a pet passes away.

According to the ASPCA more than 67% of US households own either a cat or a dog. With that many pet owners, it’s only a matter of time before “Paw-ternity” benefits are unleashed in the states.