Not much movement expected in Wisconsin legislature to start 2018 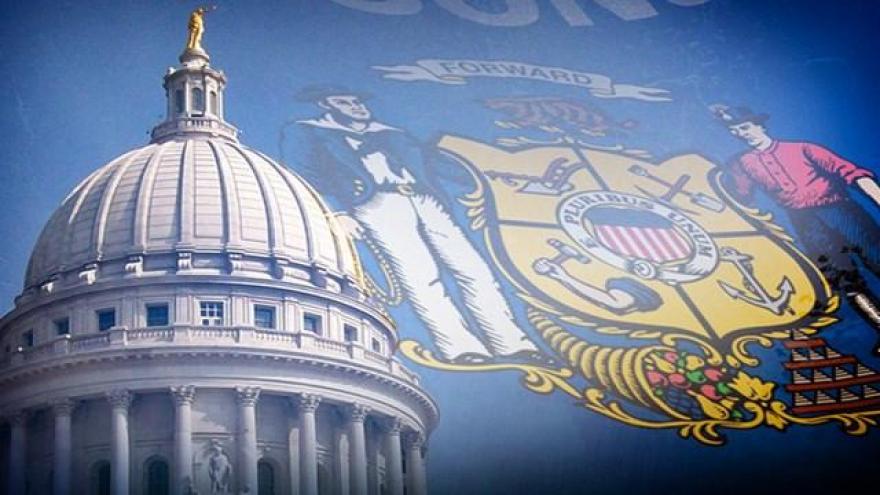 MADISON, Wis. (AP) — There appears to be little appetite among Wisconsin Republican leaders to take up some of the most divisive proposals pending when the Legislature returns next month for a brief, final push before the session ends in the spring and the focus shifts to the fall election.

Democrats will continue to try and play defense and make arguments for why Republicans should be ousted in November when majority control of the Legislature will be determined. Democrats are buoyed by victories in other states, but it would take a massive swing for them to wrest control away from Republicans in Wisconsin.

Gov. Scott Walker, who is up for re-election in November, will deliver his eighth State of the State address likely in late January where he will spell out his priorities for the coming year. He's already announced plans for a marketing campaign to attract young workers from nearby states, a move that comes as Taiwanese manufacturer Foxconn Technology Group moves ahead with its $10 billion plant that could employ up to 13,000 people.

Republicans seem generally supportive of Walker's call to spend $6.8 million on the marketing campaign focused on trying to lure workers from Chicago, the Twin Cities and Detroit. Democrats see it as a waste of money, arguing that more fundamental policy changes are needed to make Wisconsin more attractive to millennials.

Other issues that could be taken up include changes to the state's foster care system stemming from a special task force called by Republican Assembly Speaker Robin Vos; making it easier for developers to build on wetlands, a measure that divides the business community and environmentalists; and limiting the public's access to police body camera footage, a move advocates say will increase the use of cams but that open records advocates say could make too much of what is collected secret.

A host of other hot-button issues seem unlikely to get much traction. Vos emphasized that it shouldn't be a surprise that not as much will get done in 2018 as the Legislature did in 2017. Those accomplishments include passing the $3 billion Foxconn incentive package, legalizing industrial hemp, lifting a ban on gold and silver mining and passing a state budget that includes an extension of the University of Wisconsin tuition freeze, a property tax cut and more money for K-12 schools.

"We had kind of a hyper-active 2017 getting a lot of our priorities enacted," Vos said.

Next year is not lining up to be nearly as active.

Vos said a number of pending measures are likely going nowhere due to lack of support. Those include a proposal banning medical research on fetal tissue from abortions, allowing the carrying of concealed weapons without a permit, removing the so-called "dark stores" loophole to force mega-retailers like Menards to pay more in local property taxes, and instituting a fee schedule for workers' compensation claims.

Democrats are honing their message leading up to the election, pushing bills unlikely to gain traction among Republicans but that will serve as talking points on the campaign trail. That includes allowing college students to refinance student loan debt, increasing child care tax credits and shutting down the troubled Lincoln Hills juvenile prison as part of a criminal justice overhaul.

The Legislature in 2018 will be taking a closer look at how to deal with the state's overcrowded prisons, with Vos saying he doesn't see any way around building a new prison. Democrats are pushing for criminal justice reforms that include reducing sentences for nonviolent offenders.

Also hovering over the Legislature's work in 2018 is what the U.S. Supreme Court will rule in the case brought by Democrats challenging Republican-drawn political boundary lines. A ruling ordering new maps to be drawn could force the Legislature to act before the fall election and impact Democrats' chances of picking up seats.

Republicans currently enjoy a 19-13 advantage in the Senate, with one open seat previously held by a Republican up for a special election on Jan. 16. Republicans have a 63-34 majority in the Assembly, with two vacant seats also to be filled following the special election.

"I don't have a crystal ball," she said. "It just depends on the political winds."