Not in My Neighborhood: How Cities Deal with Blight 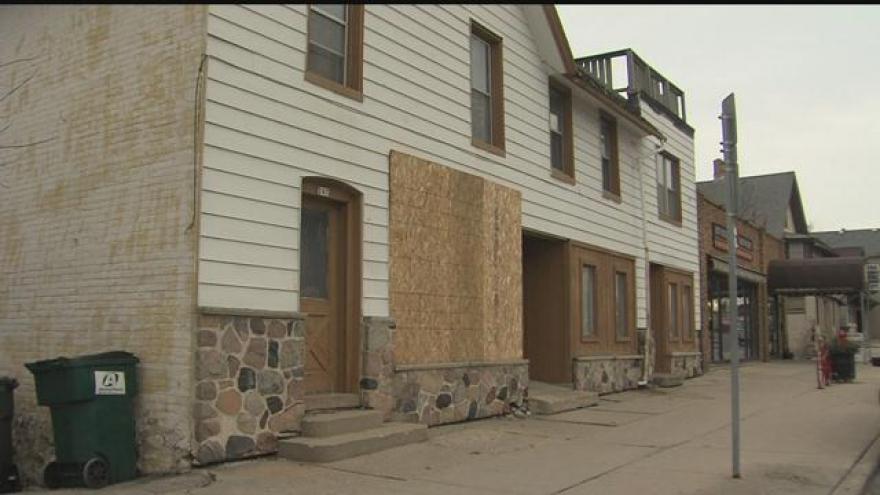 Rundown, blighted buildings in town often draw complaints from neighbors. Those complaints go to the city or to the police department but the question is often, why doesn’t the city just knock that building down?

Different cities have different philosophies and different tools to deal with those kinds of buildings.

There’s graffiti on the walls, rust on the railings and glass on the stairs. It’s even worse inside.

“This isn’t just a vacant building.” said New Berlin Mayor David Ament. “There’s a lot of asbestos. The asbestos tiles in the ceiling have almost all fallen down and it’s become a mush on the floor. Glass, pieces of porcelain from sinks and toilets, all over the floor. Wire, cables, metal pieces, it’s not a safe place to be.”

That’s one of the reasons the building hasn’t sold yet. Mayor Ament says selling the property is not his or government’s job.

“It’s primarily a real estate issue. It’s their job to sell their property. We’re not real estate agents.” said Mayor Ament. “It really boils down to, do you want the government to be involved in private property issues.   When it becomes a health issue, a safety issue, then we have to get involved. “

The city stepped up patrols and put out a warning about activity there. When CBS 58 last reported on the Prospect Hills School in September, there had been 34 calls in the previous six months. Since then there has been just one.

In New Berlin the focus is on safety until the building is sold but in certain parts of Sheboygan, the city sees and opportunity for redevelopment.

“The common council approved a strategic plan at the end of last year and one of the initiatives is neighborhood revitalization.” said Sheboygan Director of Planning and Development Chad Pelishek. “We’re really trying to keep property values up and keep the crime down and keep the neighborhood safe.”

Sheboygan uses heavy fines and citations to compel landlord to either fix their property or the city will take it, knock it down and hand it over to Habitat for Humanity or another partner.

“If it’s identified as a property that’s becoming a nuisance in a neighborhood and we can’t get anywhere with the landlord,” said Pelishek. “If we can justify per state statute that the property can be razed, we’ll raze the property.”

“There are reports of some buildings that needed some care,” said West Bend City Administrator Jay Shambeau. “So, we’re researching at this time and likely going to be proposing an ordinance that provides some additional maintenance requirements within that BID district.”

There is a fine line between an owner’s rights and what we might think is ruining our property value or even simply ruining the view.

“Sometimes what neighbors think the city should be involved with don’t exactly mirror up with the owner’s rights.” said Shambeau.

“As long as we have it secured, as long it doesn’t get out of hand, this is the best way to go.” said Mayor Ament. “Let the private sector handle the real estate part of it.”