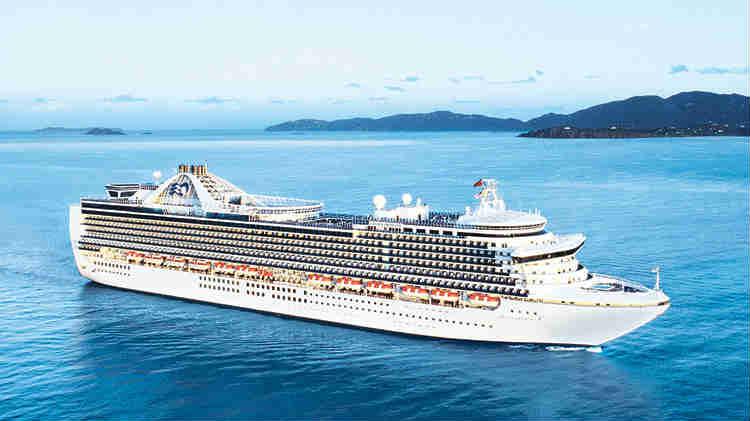 (CBS NEWS)--Officials investigated an outbreak of Norovirus on Sunday found in cruise ship passengers who traveled across the Pacific Ocean.

According to the Princess Cruises Media Relations Department, the 28-day cruise originated in Los Angeles, and traveled to Hawaii and Tahiti, reports CBS Los Angeles.

Officials explained about 170 people on board the Crown Princess reported having symptoms of the virus.

Over the last few days, crew members said an increased number of gastrointestinal illnesses caused by Norovirus were reported.

\"In response, we have enacted our stringent disinfecting protocols developed in conjunction with the Center for Disease Control and Prevention (CDC),\" media relations officials explained in a written statement. \"This includes extensive deep cleaning of the ship, and the terminal in Los Angeles on Sunday before the ship embarks on its next voyage.\"

According to the CDC, Norovirus is very contagious and can be transmitted from an infected person, contaminated food or water, or by touching contaminated surfaces.

The virus causes the stomach to become inflamed, which leads to stomach pains, diarrhea, nausea and vomiting, officials explained.