New DOT Signs go up for Basilica of St. Josaphat 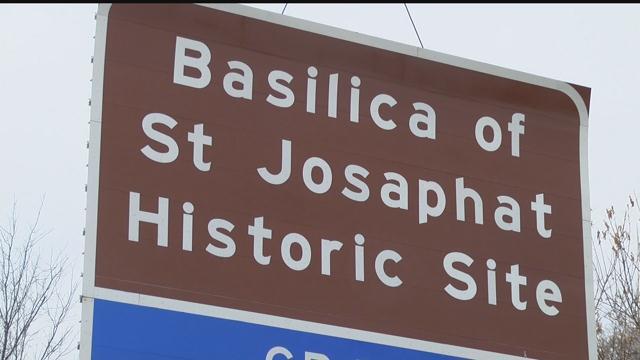 One of Milwaukee's most recognizable landmarks finally gets its due on the freeway. Work crews spent Monday morning putting up signs along Interstate 94 directing drivers to the Basilica of St. Josaphat on Lincoln Avenue.

The historic house of worship dominates the south side skyline, but that doesn't mean it's always easy to reach, "one comment we hear regularly from out of town, out of state, out of country is that we're not quite sure how to get here. And though it's easy to see from the interstate, trying to navigate your way here from the interstate is tricky, so that was really the impetus behind the push, plus the basilica deserves it," said Susan Rabe, President & CEO of the Basilica Foundation.

Up until now, the Basilica did not qualify under DOT rules for signs on the interstate. Lawmakers wrote and passed a bill specifically for the church so the signs could go up.