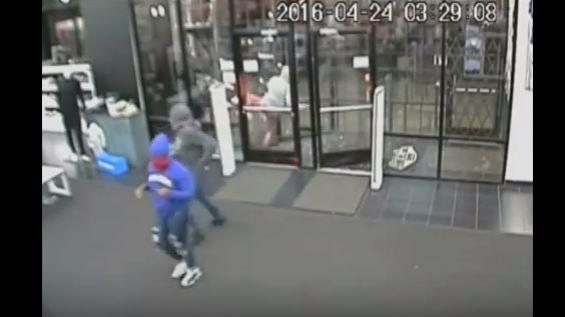 Milwaukee Police are asking for the public to help identify suspects involved in a burglary at Bouchard's clothing store. On Sunday, April 24, around 3:30 AM a suspect used a vehicle to force open the front entrance to the store. Five suspects entered the store and removed approximately $10,000 worth of clothing.

The suspects are all described as black men and women in their teens from 5'5" to 5'7". They were all wearing sweatshirts and different color bandanas over their faces.

One of the female suspects was wearing a block hooded sweatshirt with "87" on the front and black pants with "Love" on the left pant leg.