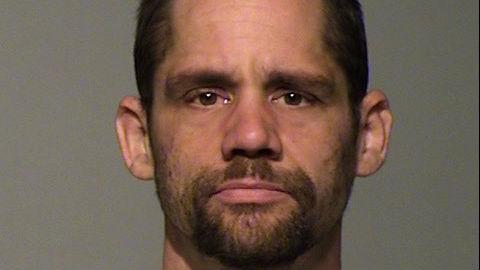 Zachary Senner has been charged with mistreatment of animals after being accused of cruelly treating a tan colored cocker spaniel named Brandy resulting in the dog’s death.

Accord to police, Senner confessed that his brother and sister-in-law told him to get rid of their dog Brandy. Senner says that he unsuccessfully tried to find a new home for the dog and also tried abandoning the dog but Brandy made her way back home.

On December 27, Senner took the dog from his brother’s residence in the 2700 block of South 10th Street in Milwaukee, pinned the dog down and cut Brandy’s neck with a butcher knife.

Senner then took the handle of the knife to crush the dog’s throat with the purpose of killing the dog. He believed the dog was dead and carried it to the end of South 10th Street and threw it into a wooded area.

According to Senner’s statement to police the dog was not dead and returned to the house bleeding from her injuries. Senner, his brother and his brother’s wife waited outside of the house for Brandy to bleed out and die. When the dog did not die, Senner pinned the dog and repeatedly stabbed her in the chest and stomach. He stabbed the dog until she stopped breathing.

After dying, Senner placed Brandy in a garbage bag and threw the dog’s body in the same wooded area as before.

During their investigation, Milwaukee Police Officers found a dead dog wrapped in a garbage bag at the end of the street with visible stab wounds and other injuries.

If convicted, Senner faces a maximum fine of $10,000 and/or seven and a half years in prison.