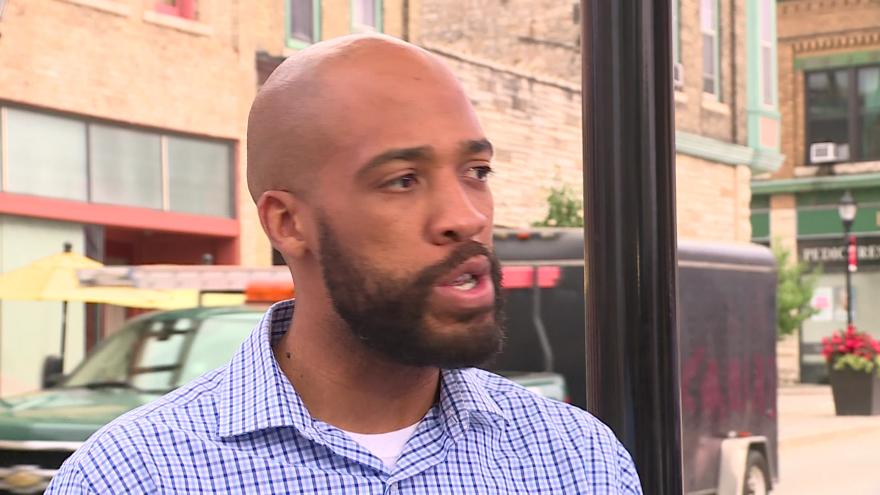 Barnes, running mate to Democratic gubernatorial candidate Tony Evers, made the comment on the Millennial Politics podcast posted online Thursday. Barnes, a former state representative who is African-American, has been outspoken against Trump. At a candidate forum last week, Barnes said he wasn't interested in people who voted for Barack Obama and then switched to Trump, if they still support the president.

On the podcast, interviewer Jordan Valerie quizzed Barnes about the Trump administration's decision not to ask a question on the 2020 Census about a person's sexual orientation, but to inquire about their citizenship status.

"The Trump administration has shown that they have this over-willingness to make people feel less than human," Barnes said. "This is another way. It speaks to the same way they treat people at the border. It speaks to the whole concept of building a wall. It's like a race to create a superior race in many aspects."

"My point was and remains that the policies of the Trump administration have often been actively hostile towards minorities and have moved us backwards on the issues of race relations," Barnes said in a statement Friday. "With the type of divisive polices coming from Washington, states will have to work to ensure we treat everyone with respect and dignity. Our culture of acceptance is what makes Wisconsin special."

But Zimmerman, the Republican Party spokesman, said Barnes was "unhinged" and showing a "disregard for a majority of voters in Wisconsin."

Trump won Wisconsin by less than 23,000 votes in 2016. Democrats have been trying not to alienate independent voters who supported him, but who may now be disgruntled and would consider voting for Democrats this year.

The race for governor between Evers and Gov. Scott Walker is expected to be close, with independent voters most likely the ones who will determine the outcome. A Marquette University Law School poll out this week showed Evers up by 5 points, just beyond the survey's 4.4-point margin of error.

In the podcast interview, after suggesting the Trump administration was in "a race to create a superior race," Barnes said, "It can seem very extreme, but that is the direction we're headed. We have to do everything we that we can to stop it. I think a lot of that starts at the state level. State level resistance is necessary."

Valerie, the interviewer, complimented Barnes for his comment, saying, "I'm really glad to hear you say this is about, essentially about ethnic cleansing. We don't see politicians willing to admit that very often."

Barnes continued, "That's the thing. It doesn't just happen right away, right? These things just aren't so apparent, there's a buildup over time and you get to that place and the next thing you know we become the kind of state that we would be compelled to go to war with."