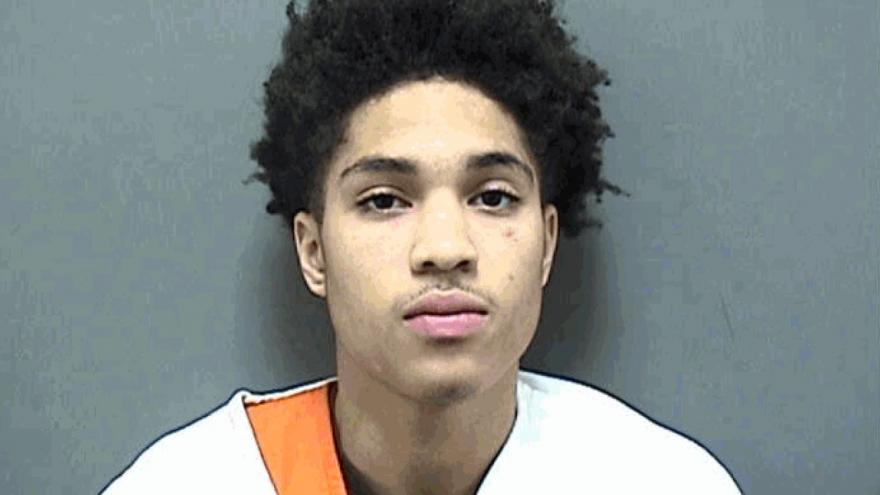 RACINE, Wis. (CBS 58) – Racine Police have arrested a man believed to have been involved in at least seven different crimes in the area.

According to police, after investigating several shots fired incidents and strong-armed robbery calls, Tihler Townes was developed as a suspect. It’s believed Townes was involved in incidents at the following locations:

According to the criminal complaint, officers first responded to the 1200 block of Racine Street back in October after a woman said she was in a parked car with her four children when a man, later identified as Dontrell King, shot at them. The victim later admitted to police that her boyfriend, Townes, shot at King first during an argument. Townes later confessed to shooting at King in the 1200 block of Highland, hours before King shot at him and the victim while the victim's kids were in the car.

On November 16, the previously mentioned victim said she was in the area of DeKoven and Howe with her friends when Townes showed up. Townes later attacked one of the victim's friends and put a gun to the other, saying "You F*****' with my B****."

Another incident happened on November 11th. Townes allegedly fired multiple shots at a home on Metron Court while two individuals were inside. A parked car was also shot at. Townes later admitted that he went to Metron Court, looking for someone and he emptied the magazine of his gun into a crowd of people he thought that the person he was looking for was in.

The victim from the first two incidents also admitted to police that Townes had beat her more than 20 times and pointed a gun at her over 30 times during the course of their relationship.

Townes admitted to police that he was also involved in an armed robbery that occurred at JoJo's Quick market. They were going to rob a man who allegedly had $5,000 on him. That man ran away and the suspects shot him in the back.

Tihler Townes is now being held on suspicion of attempted homicide, recklessly endangering safety while armed, criminal damage to property, possession of a firearm by a felon, and party to a crime of armed robbery as a result of the Racine Police Department’s investigation.

In a release, Police stated "The Racine Police Department remains dedicated to the safety and wellbeing of the citizens of Racine. The arrest of Tihler Townes will have an immediate public safety impact."