Looking ahead to June averages after a dry and warm May

NOW: Looking ahead to June averages after a dry and warm May

May is over and it went by fast! We talked a lot about the lack of rainfall during the month as a majority of southeast Wisconsin dropped into moderate and even severe drought conditions. We actually picked up some decent soaking rain with official 2.38" but it was still over an inch below-average and combined with a very dry March and April is cause for concern. 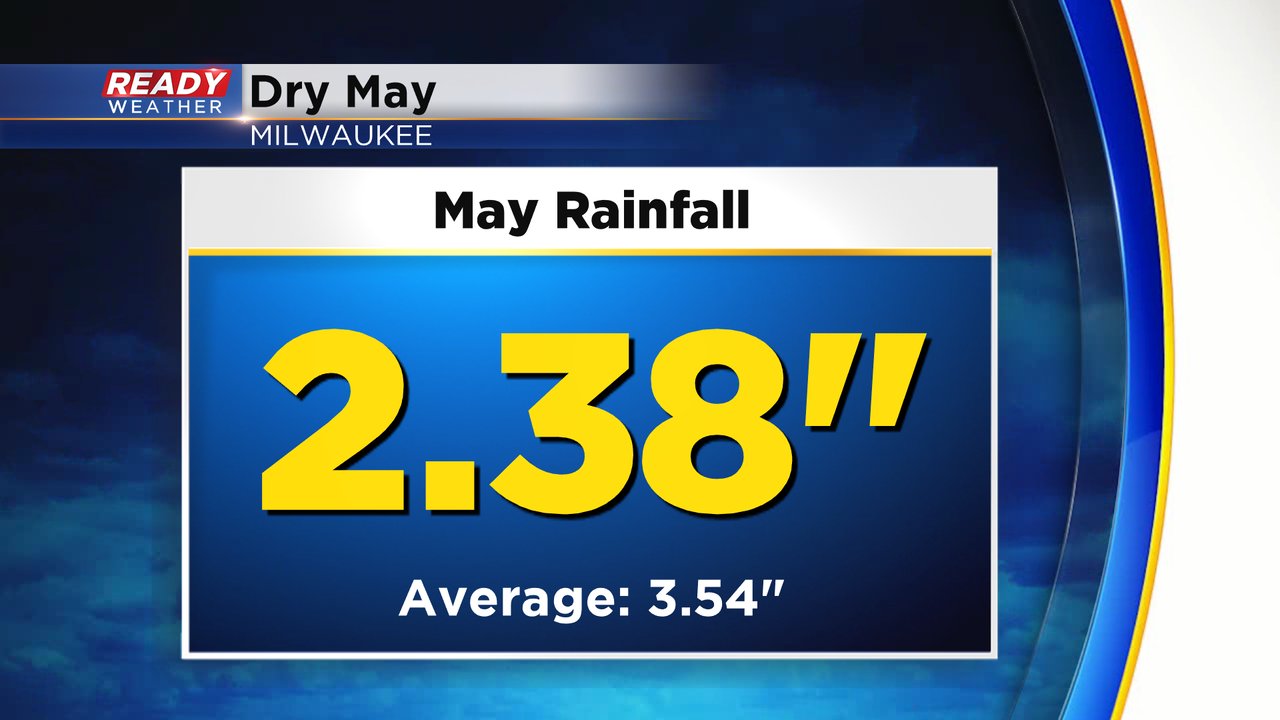 When it came to temps, May was pretty mild. Towards the end of the month we almost hit 90* with a high of 89* but we also had plenty of mornings where frost was a concern. The coldest morning was May 12th when we dropped to 36* in Milwaukee and around freezing inland. 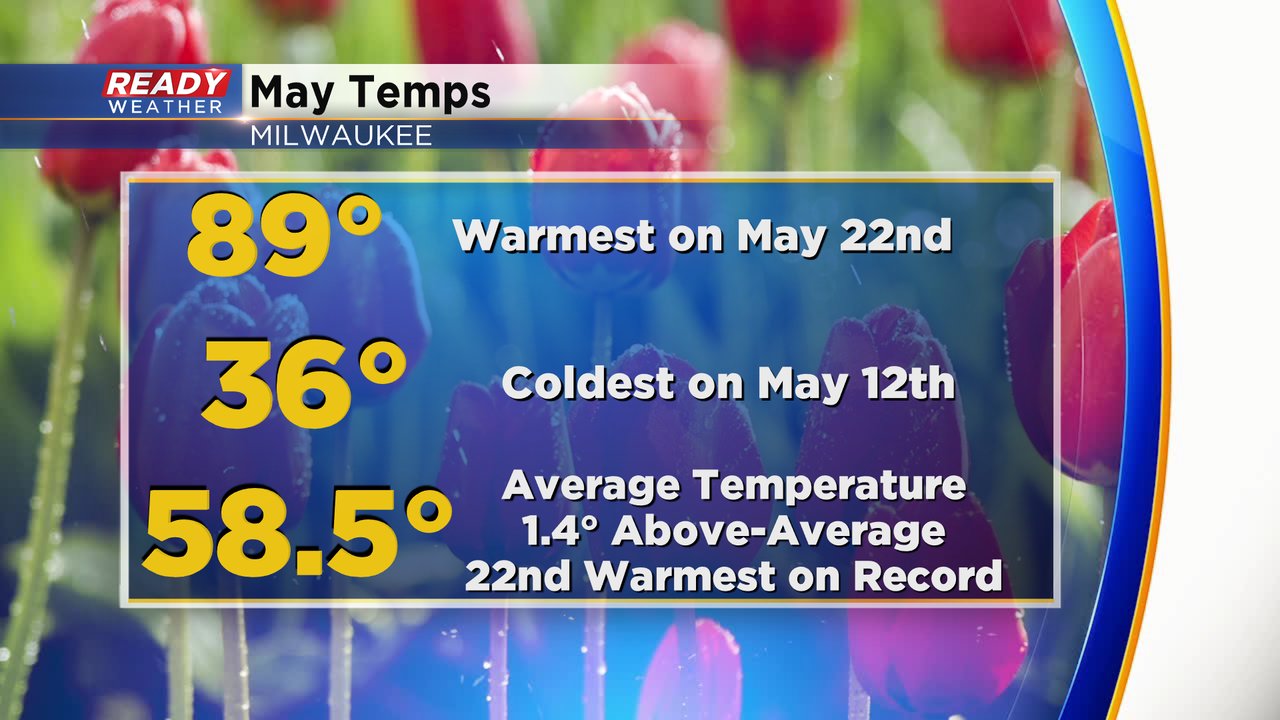 Now that we are in June the temps will start to soar. The average high goes from the low 70s to the low 80s and the lows go from the 50s to 60s. June gets a lot of rain with an average of 4.38" so hopefully we can get some decent showers this month. June in Milwaukee has never seen any snow, not even a flake. 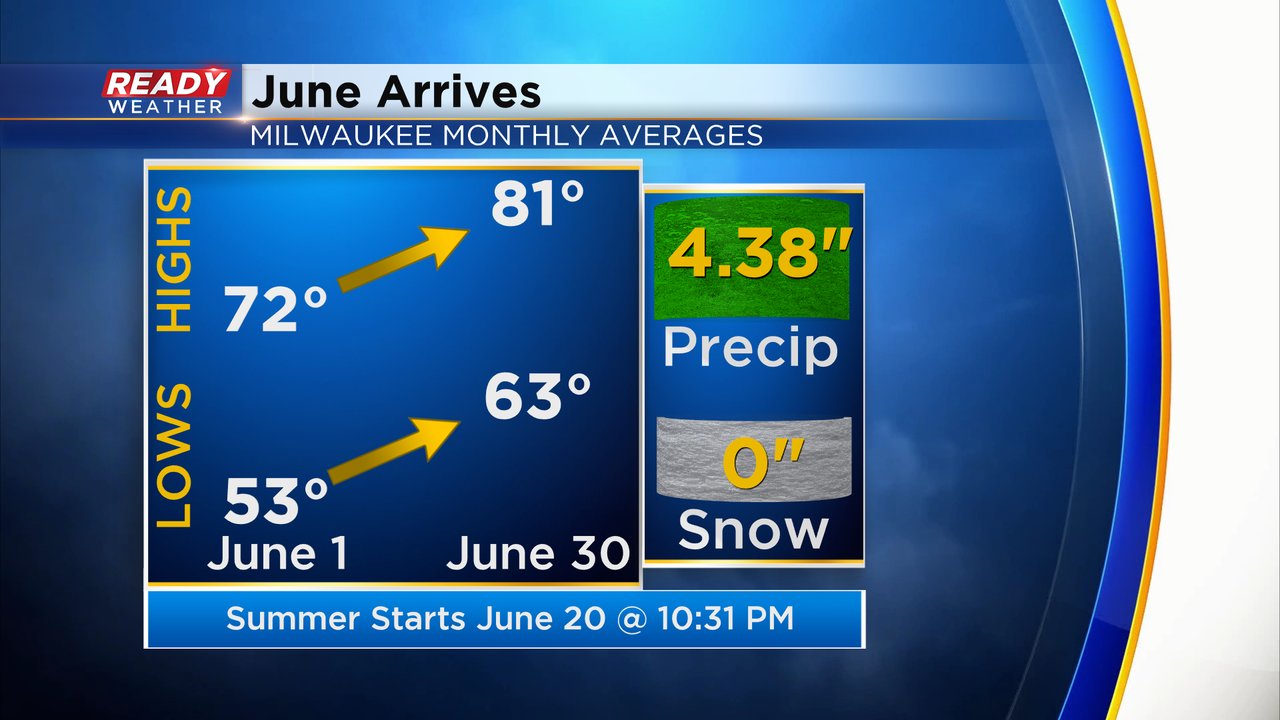 Download the CBS 58 Ready weather app to track the warming temps and see when some rain could arrive.