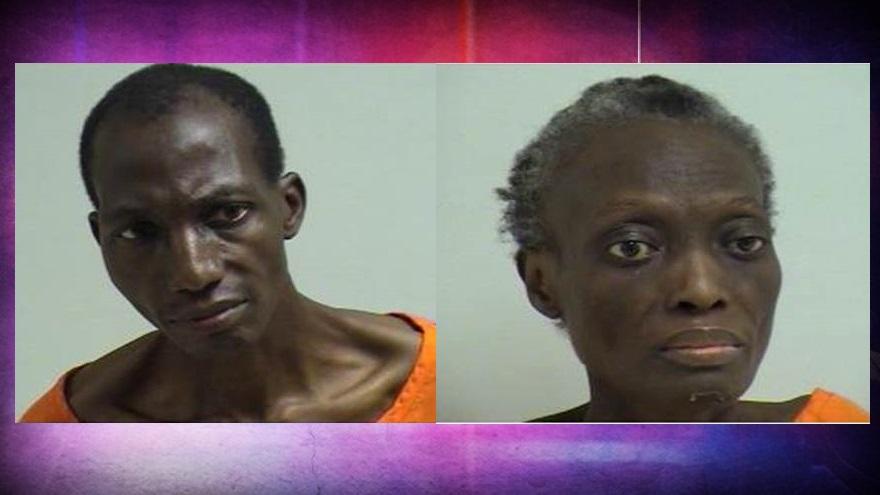 According to the criminal complaint, Kehinde Omosebi walked to the Reedsburg police station Monday to report his 15-year-old son had died in their apartment during the fast.

Officers searched the apartment and found the dead boy as well as the couple's 11-year-old son, alive but severely emaciated.

Kehinde Omosebi told police the last time the family had eaten was July 17. Titilayo Omosebi told officers the family planned to fast until they received God's blessing to leave Reedsburg.

Kehinde Omosebi said God told him to move to Atlanta.

The younger brother of a 15-year-old boy who starved to death while their family prayed and fasted for weeks wrote a letter that investigators found inside the locked southern Wisconsin apartment pleading with lawyers to save him.

The emaciated 11-year-old boy was clutching a Bible and an envelope containing pamphlets about death on Monday when officers found him, his mother and his brother's body in the family's Reedsburg apartment, which had no power and was padlocked from the inside, authorities say. Investigators also found the younger boy's handwritten letter, which was addressed to "Lawyers of Sauk County."

"The hunger is too much," the boy wrote. "Please help me now so I may eat. I can't continue in such a life with no food. If I don't get food now I'll probably die of hunger."

Officers found the apartment's doors padlocked from the inside and the power turned off. The family had no food in the home and the only furniture was a bed and four metal folding chairs arranged in a square. In one of the chairs was the 15-year-old boy's body. Officers wrote that the boy was so emaciated they could see his backbone and ribs under his skin.

According to the police, the father said the boy died on Friday and that the family prayed for two days, in accordance with their religious beliefs, before he walked to the police station to report it. Police Chief Timothy Becker said Kehinde Omosebi told investigators that he is a minister with Cornerstone Reformation Ministries, but they don't believe him because they haven't been able to find any record of such a ministry. He said the couple is originally from Nigeria.

Leonie Dolch, a public defender who represented Kehinde Omosebi during his initial court appearance Monday, told the court that Omosebi had worked at a local iron foundry, Grede Foundries, but had been unemployed since February. The company didn't immediately reply to a voicemail left Wednesday.