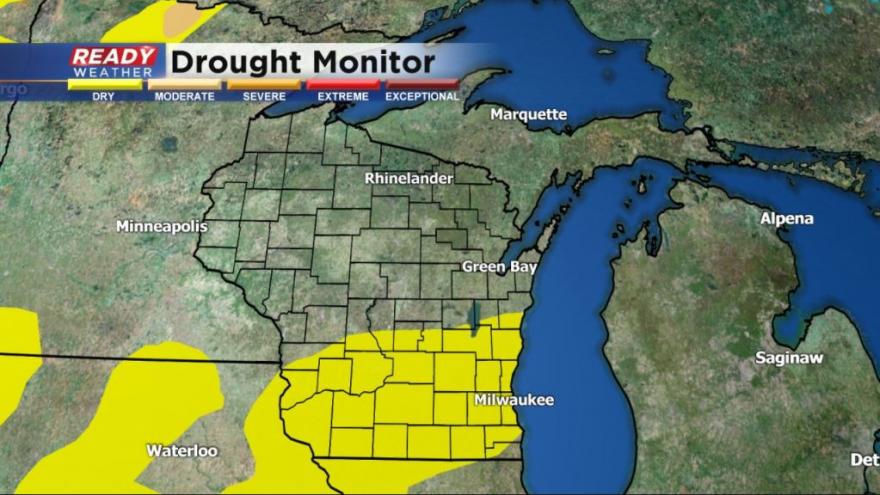 We saw our first major snow storm of the season to start this past week. Most of southeast Wisconsin picked up between 5 to 8" of snow with parts of Sheboygan County seeing over a foot. Officially, Milwaukee picked up 8" of snow. Thanks to sunshine on Tuesday and Wednesday and temperatures above-freezing Thursday, Friday and Saturday most of that snow has melted and as of Saturday afternoon the snow depth in Milwaukee is only 2". 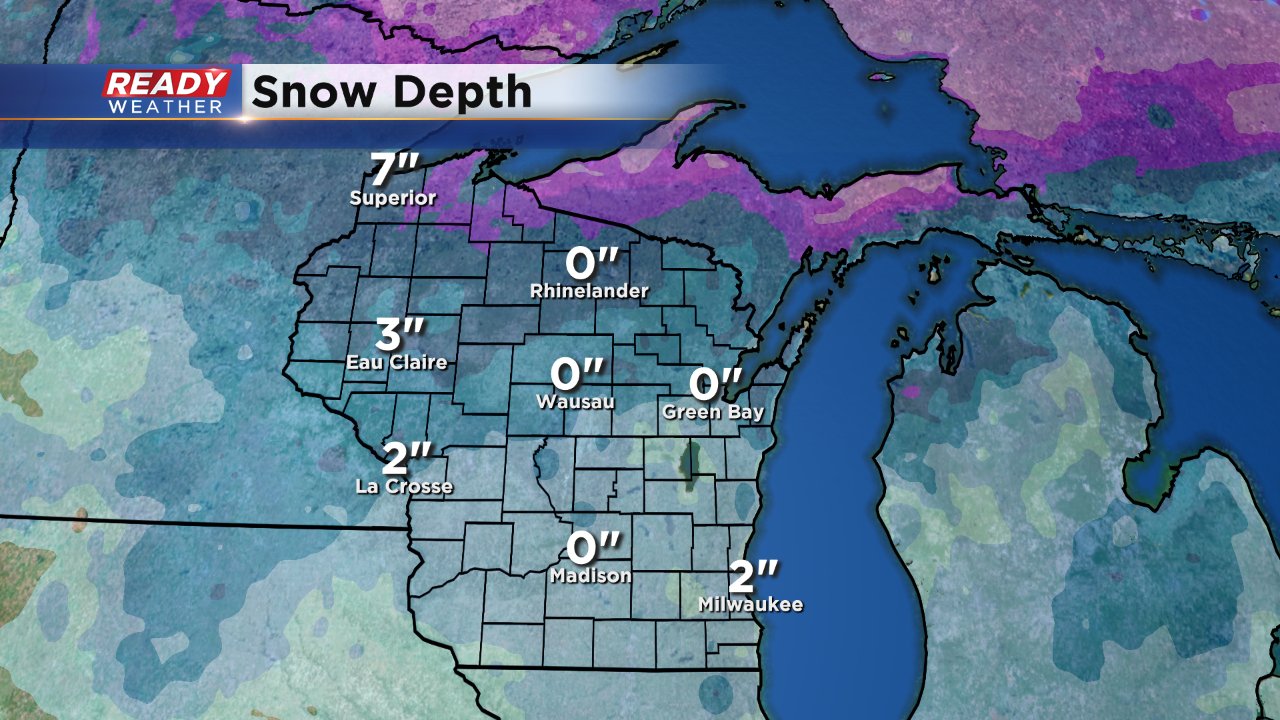 January is typically Milwaukee's snowiest month with 14.7" of snow falling during the month on average. This year, January has been much snowier than December, but we still haven't seen much. Milwaukee has picked up 8.1" of snow over four days that produced measureable snow - three of those coming with this last storm. The average snowfall through Saturday is 9.8" so we are still below. 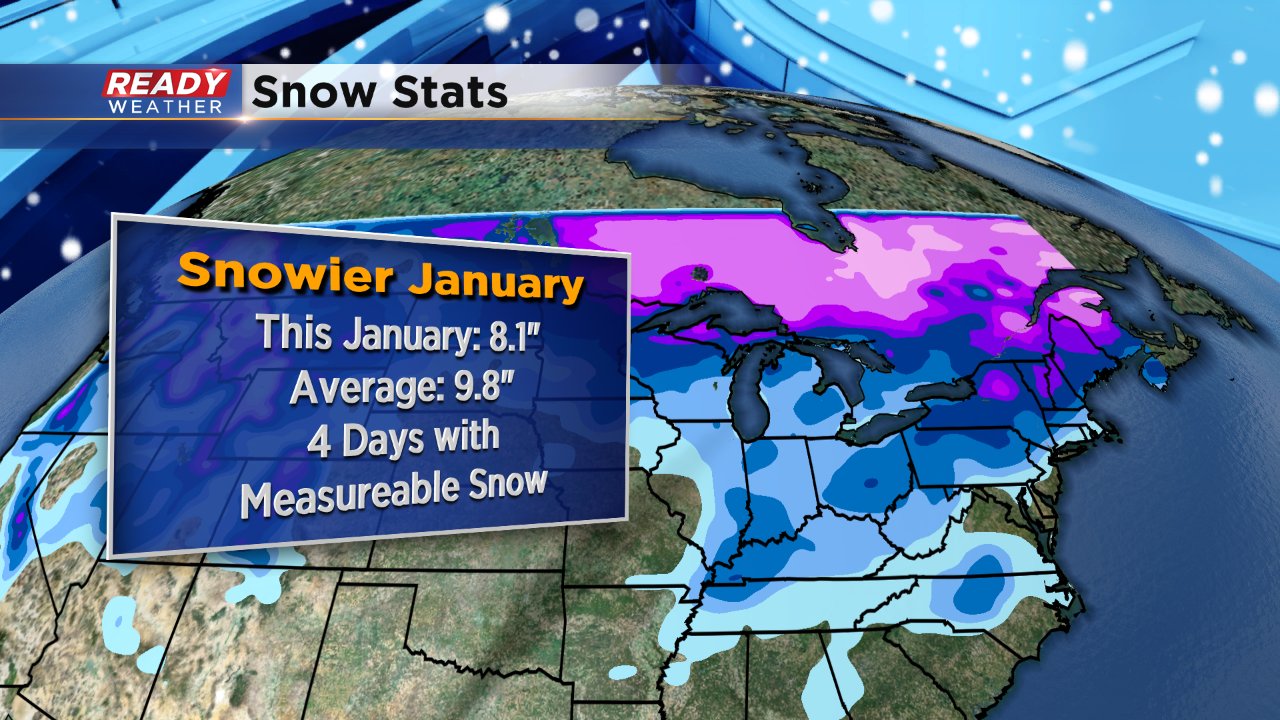 The snow deficit gets even greater when comparing numbers for the whole season. The average snowfall through Saturday is 22.6", this year we've only picked up just over a foot at 12.9" and last year by this time we had seen 19.8" after a very snowy December. 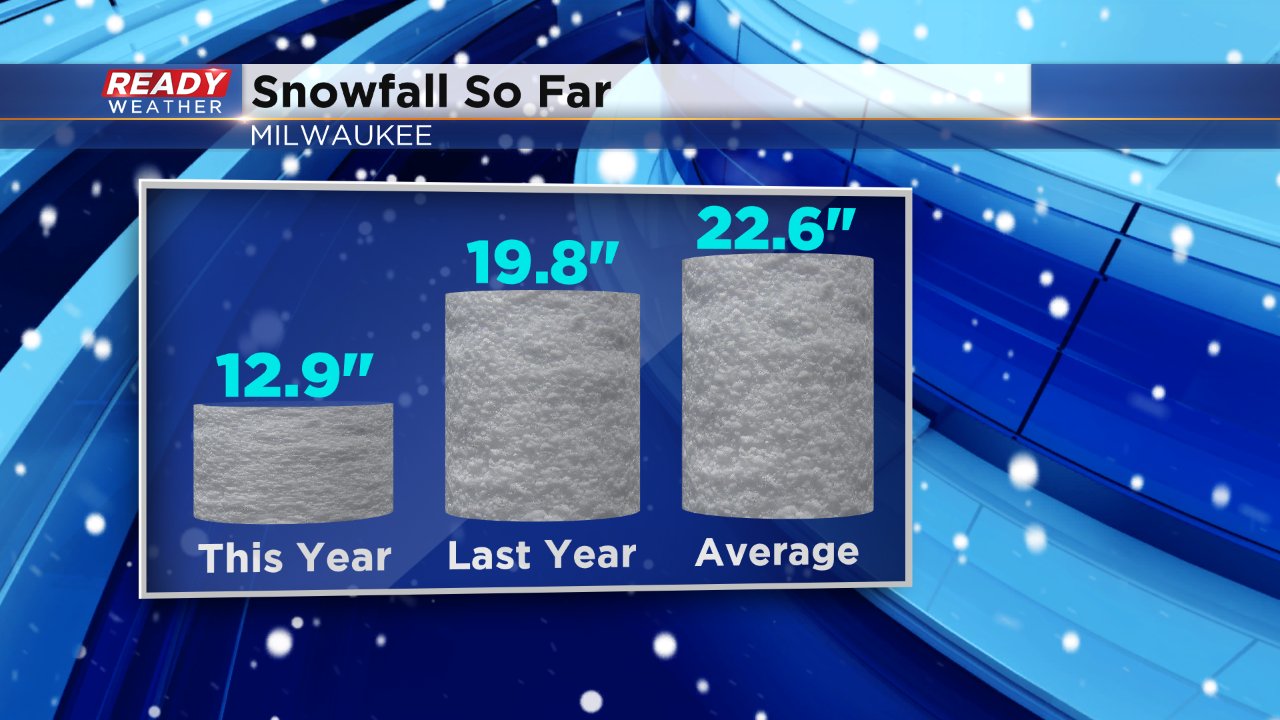 It's pretty rare that Wisconsin gets put into any dry conditions on the Drought Monitor during winter months, but that' exactly what happened with the latest update. Almost all of southeast Wisconsin has been placed in "abnormally dry" conditions.

The dry spots will likely go away this week with up to an inch of rain possible on Monday with heavy rain.