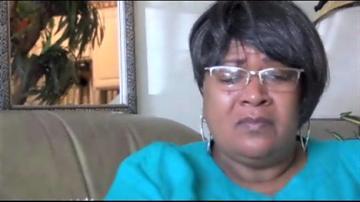 KENOSHA-Doris Livingston says she was stopped while trying to leave a Dollar Tree store recently.

She tells CBS 58 News that the worker asked if she had merchandise that belonged to the store and when she protested being accused of shoplifting he replied that \"all you people are the same.\"

\"I was so scared,\" she tells reporter Lila Carrera.

Police say they have no records of a call to the store or home.

Livingston has since filed a complaint with police and that's the first they ever heard of the incident, five days after it allegedly happened.

Livingston says she required hospitalization because the event was so traumatic.

\"I had panic attacks. My heart was racing. I went through test and test and my blood pressure is constantly up. \"