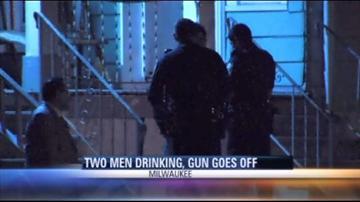 MILWAUKEE -- A 32-year-old Milwaukee man was injured in a shooting near 7th and Orchard streets Wednesday night.

The man told police that his friend was showing him a gun just before 9:30 p.m. when the weapon went off. Police spoke to a 42-year-old man on scene, who gave the same account.

The victim was treated for non life-threatening injuries at a local hospital. Investigators say both men had been drinking before the shooting.