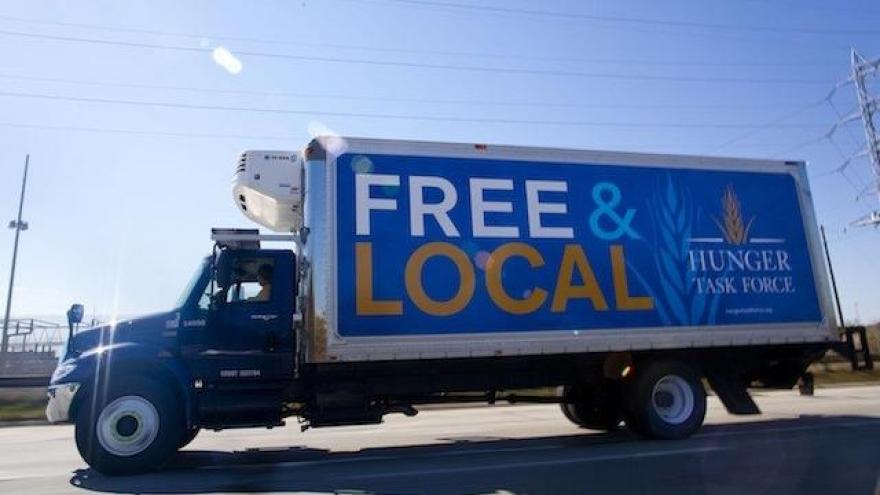 MILWAUKEE (CBS 58) – Hunger Task Force has announced that its network of emergency food pantries is prepared and will remain fully stocked throughout the months of February and March to support local families who have run out of FoodShare benefits as a result of the government shutdown.

Because of the shutdown, 105,113 Milwaukee County FoodShare households received their February FoodShare benefits early on Sunday, January 20. The next anticipated FoodShare allotment will be in March, meaning vulnerable, low-income households must stretch their resources for 41-54 days.

“Our greatest concern is that people have spent their benefits and will now struggle with daily hunger until March assistance arrives,” said Sherrie Tussler, executive director of Hunger Task Force. “We collect, sort and deliver food every day, free of charge and want to reassure people in need—as well as concerned community members—that we can and will meet this need. Hunger Task Force has more than 40 years’ experience serving Milwaukee as a food bank and we are prepared for circumstances like these.”

Due to social media and false word-of-mouth reports, many FoodShare recipients incorrectly believed that their FoodShare benefits would expire on January 31. Wisconsin’s Department of Health Services (DHS) reported a 200% increase in FoodShare expenditure in January.

“Unfortunately, DHS did not have adequate time to mail FoodShare recipients about their benefits,” said Tussler. “And while people are being instructed to carefully budget, the reality is stark; the average monthly benefit is $105—just $15 for some seniors. These meager resources will not last nearly two months.”

The uncertainty surrounding another possible government shutdown on February 15 has families worrying again.