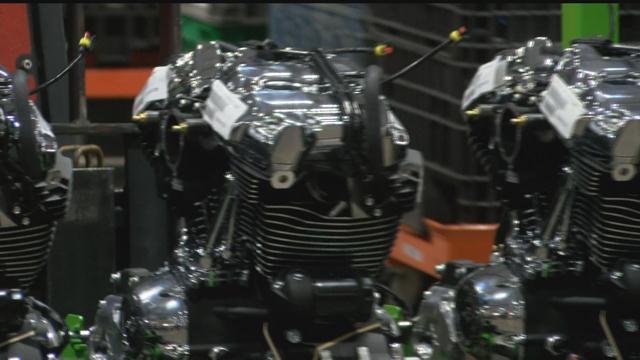 Harley-Davidson unveiled a new product Tuesday that will have riders revving their engines. They call it the "Milwaukee Eight", a reference to both Harley's hometown and to the makeup of the new engine.

Production has already started at Harley's engine plant in Menomonee Falls. Motorcycles with the new engine are going on sale this week. Harley officials tell us riders will notice more comfort, more control and more power, "what I really think riders are going to appreciate about this new engine is the amount of power increase, we've got a much broader torque range, certainly a much more powerful feel. So it's not every day that we launch a new engine, we've been working diligently and we're excited to announce it to the world today,” said Randy Christianson the General Manager of the power train division.

The new engine will still produce the distinct rumbling sound that Harleys are known for.