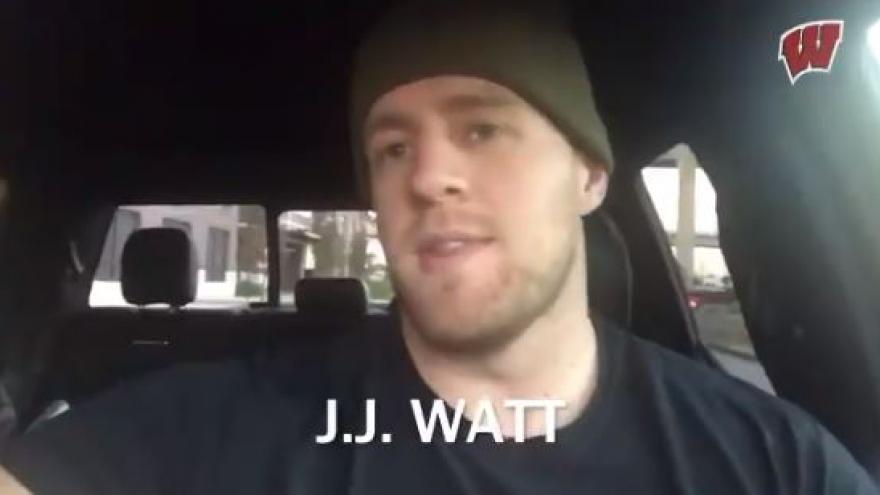 The three minute video started with NFL star JJ Watt and including other famous alums like James White, Joe Thomas, Corey Clement, Joe Schobert, Melvin Gordon and Derek Watt did a joint video from the Los Angeles Chargers and ended with Dare Ogunbowale of the Tampa Bay Buccaneers telling the Badgers to "go get some rings!"

Once a Badger, always a Badger

Leave your own good luck message in the comments below ? pic.twitter.com/jOyWhvYxdT

The former players commented about how this Badgers team could do what no other Badgers team has done before.