NOW: First snow of the season in the books with another on the way

It's official! The first snow of the season is in the books. A rain and snow mix started Monday evening with everyone switching over to snow by 3 a.m. The snow then quickly wrapped up shortly after 5 a.m. It was a quick hit of snow and roads and sidewalks stayed just wet, but grassy surfaces and cars picked up some accumulation. The official snow total at Milwaukee's airport was 0.3" which is our first trace and first measureable snow of the season. It's right on time for the first trace of snow but about two weeks early compared to the average first tenth. 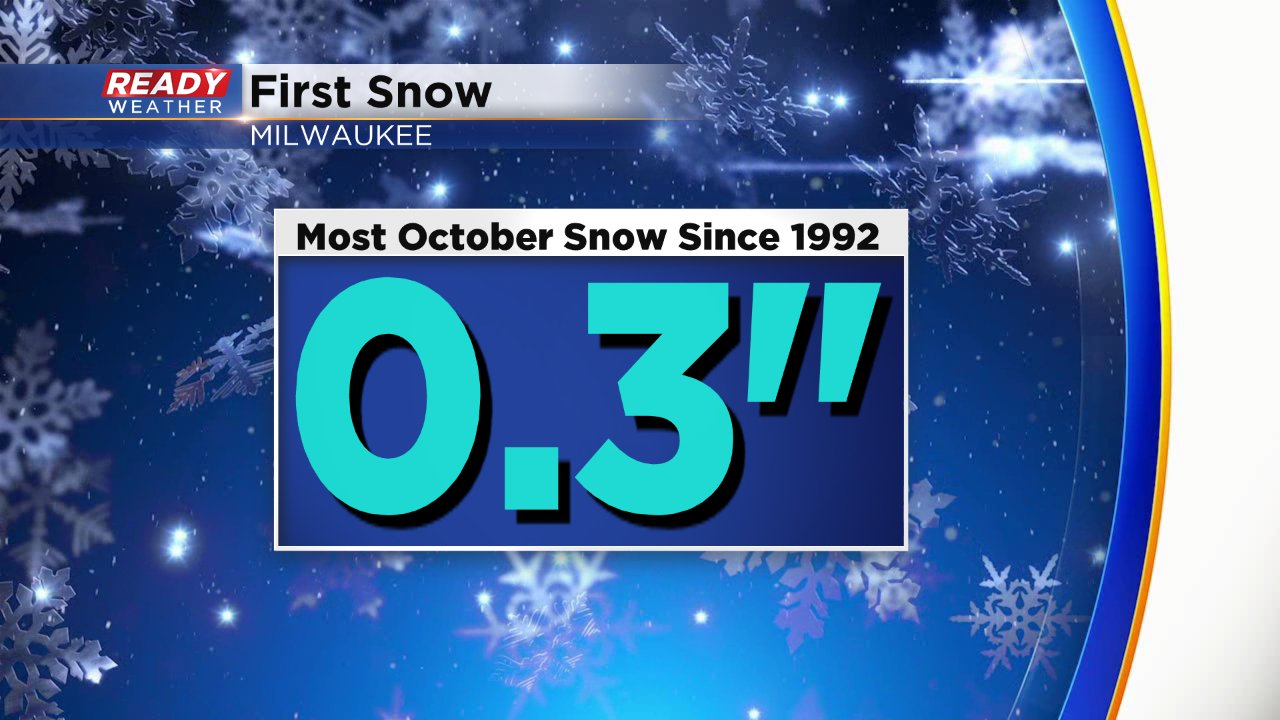 Areas just to our west got as much as 3". 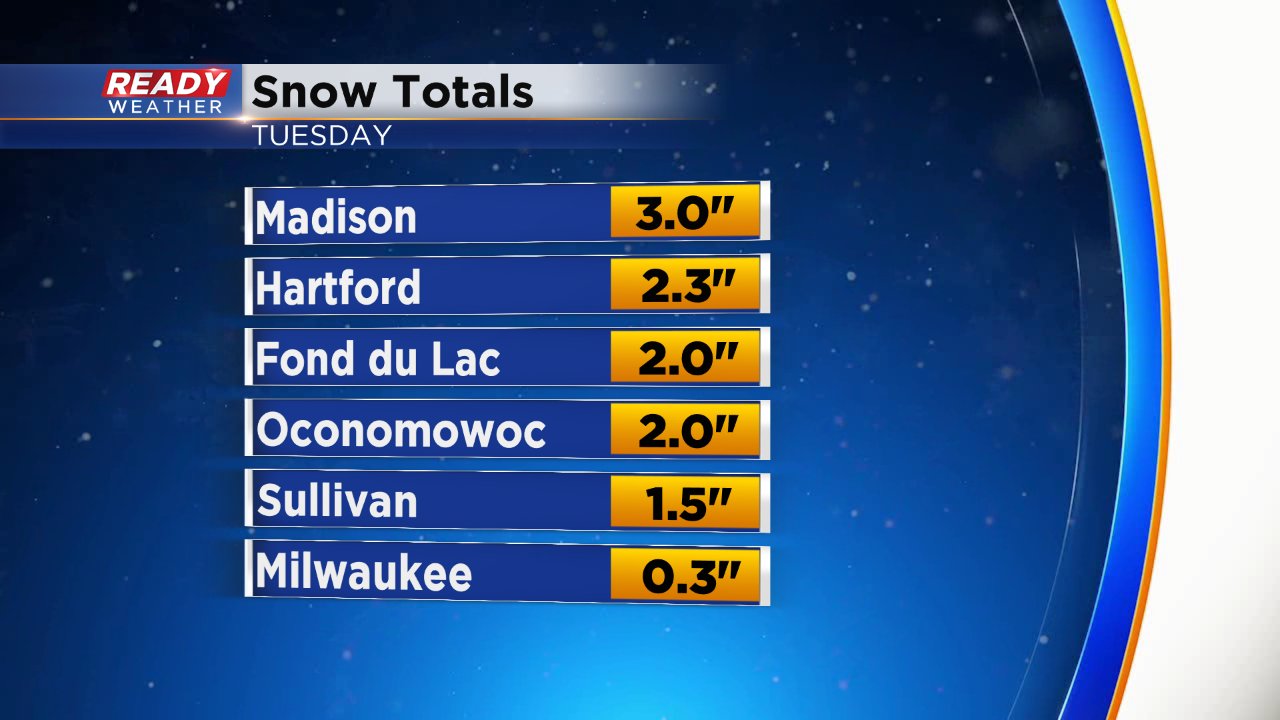 Our second snow is quickly approaching and another wintry mix of rain and snow looks likely for Wednesday into Thursday. The rain/snow chance for Wednesday has started to increase, especially for areas south of I-94 during the late morning and afternoon. Everyone has a chance to see some rain and snow Wednesday evening continuing through Thursday. 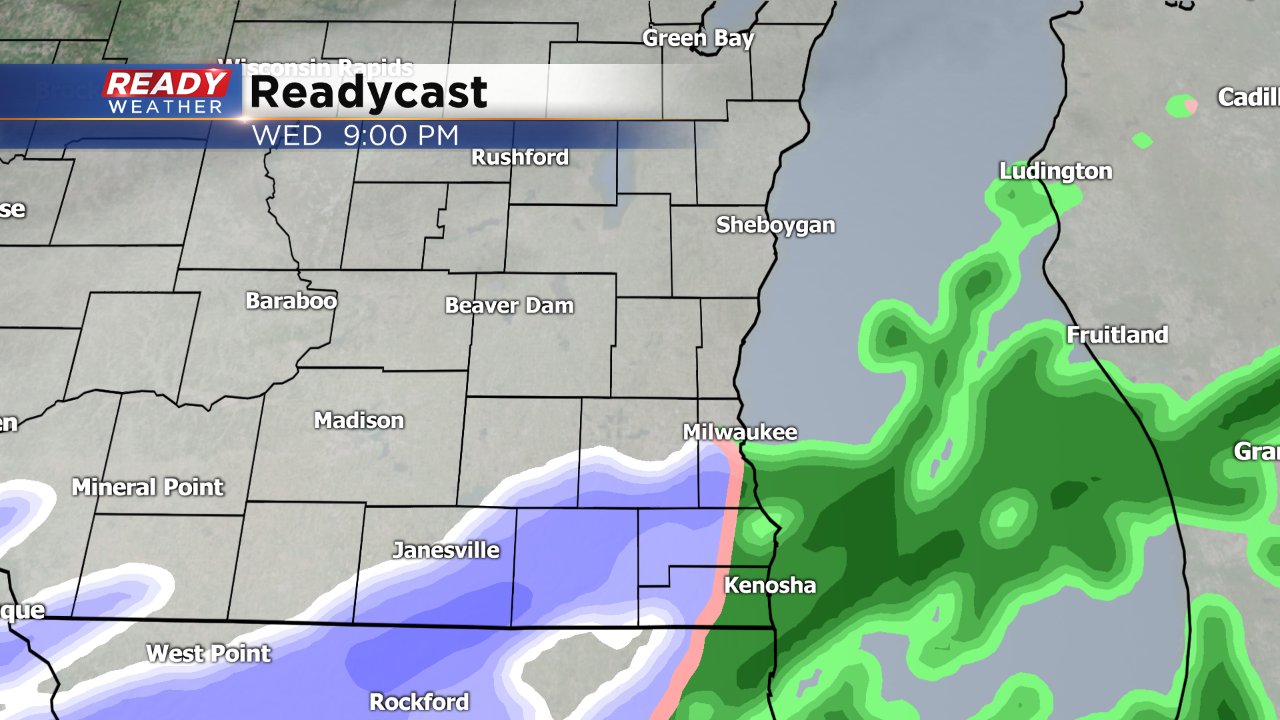 The exact track of the storm and snow totals are still a bit up in the air, but southern Wisconsin through Illinois into Iowa looks to pick up the most with significant and plowable snow not out of the question. 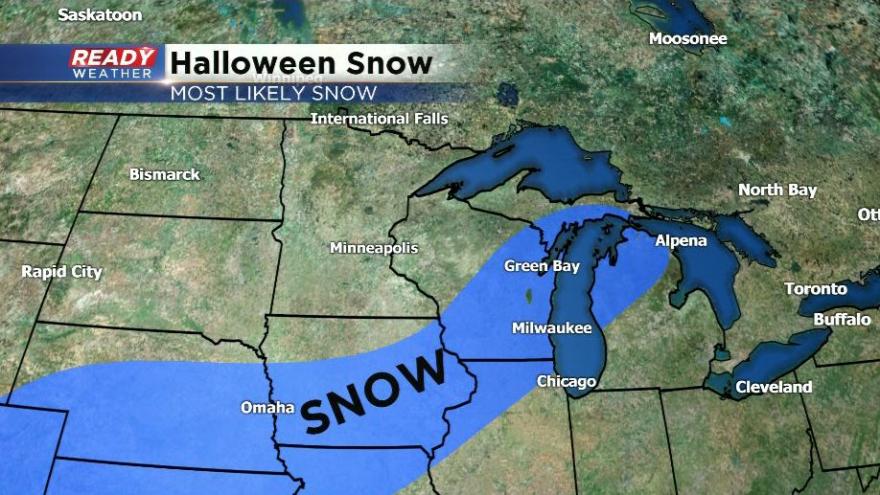