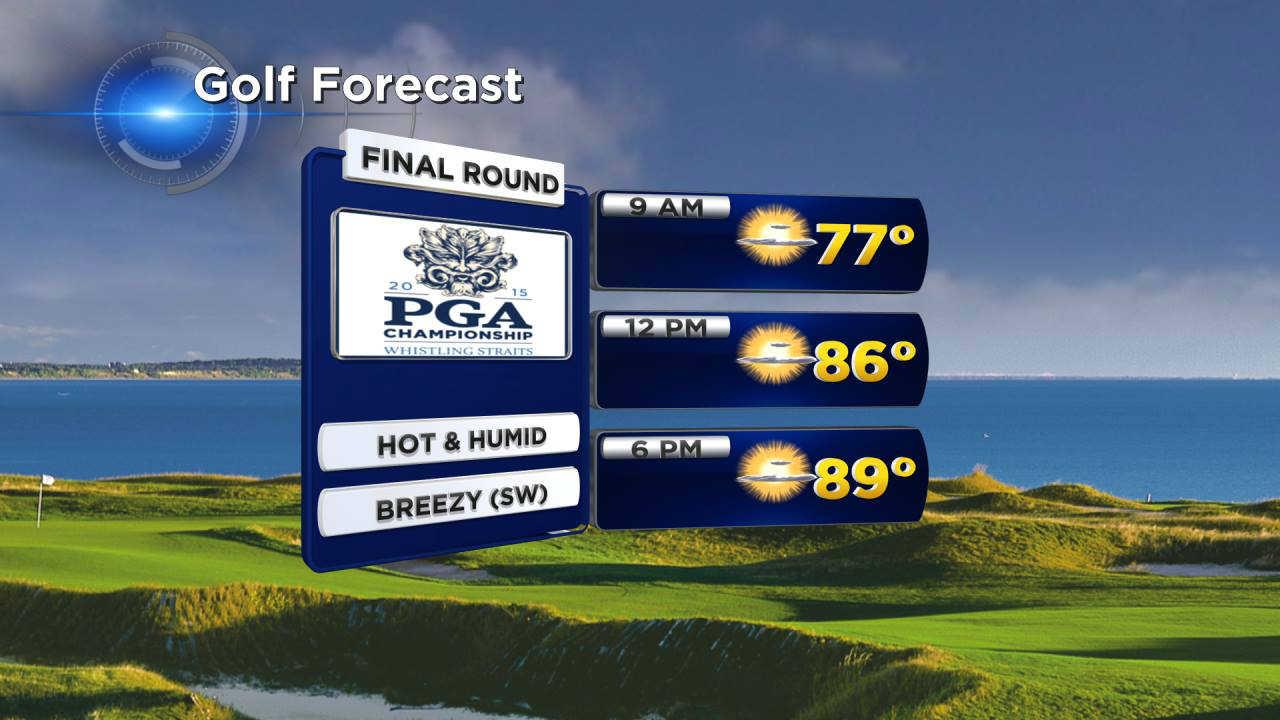 Golfers and spectators alike have been battling the heat and storms so far this year at the PGA Championship at Whistling Straits. That trend will continue into Sunday's final round.

Temperatures on Sunday are expected to be warmer than Saturday but not quite as warm as the 93 on Friday. Humidity will remain high with dew points expected to climb into the upper 60s making it feel more like the mid-90s.

Due to the heat, tournament officials will allow fans to bring in unopened (seal intact) water bottles in a bag no larger than 10x10x10.

One big difference golfers will notice on Sunday will be the wind. A stiff southwest wind will push temps into the upper 80s and lower 90s. Winds, especially near the lake, will gust to 30 mph at times in Sheboygan adding an interesting factor to the tournament's final day.