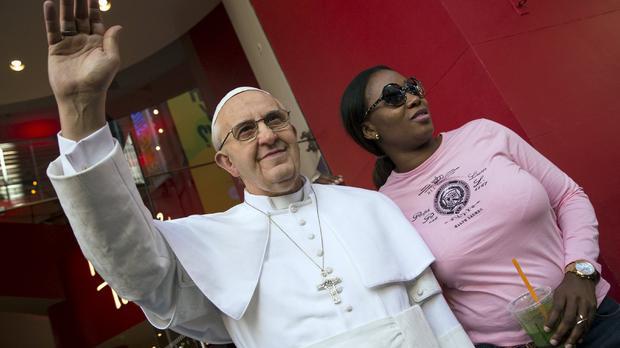 (CBSNewYork) Nope, that wasn’t him.

Onlookers got an eyeful of a faux Pope being driven around in an open vehicle in Times Square and near Central Park Thursday morning.

Folks snapped pictures and took selfies with the wax figure as though it were the real thing.

It was all part of a promotion for Madame Tussauds Wax Museum, which said the figure had never been seen before.

Apparently the NYPD was not in on the joke, however.

Madam Tussauds has apologized to the NYPD for the resulting inconvenience, sources said.