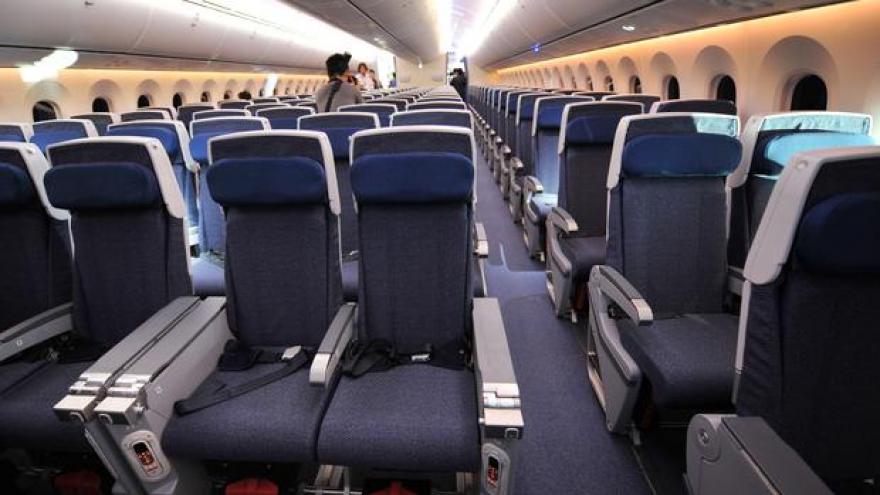 (CBS News) -- If you crave more space to stretch out your legs or to not feel so squashed in your airplane seat, the Federal Aviation Administration prefers you direct your complaints elsewhere.

The federal regulator is rejecting suggestions it set minimum standards for airline seats and legrooms as a safety measure, saying there is "no evidence that a typical passenger, even a larger one, will take more than a couple of seconds to get out of his or her seat" in the event of an emergency.

Seat width on many major carriers has narrowed to 17 inches from about 18.5 inches, while the distance between a seat and the one in front of it has also declined to as little as 28 inches from an average of 35 inches.

Meantime, Americans are only getting bigger. The average weight of a female today is the equivalent of the average male in the 1960s: 166 pounds, while guys on average register 196 pounds on the scale, according to the Centers for Disease Control and Prevention.

The FAA is responding to an advocacy group called Flyers Rights, which had gone to court to prod the FAA to act, arguing that cramped planes combined with the larger size of today's passengers means that planes can't be evacuated in 90 seconds, as required.

The FAA turned down Flyers Rights once before, but last year, Judge Patricia Millett of the U.S. Court of Appeals for the District of Columbia Circuit, who dubbed it "the case of the Incredible Shrinking Airline Seat," ordered the agency to take another look at the issue.