NOW: ’Difficult’ fire finally under control on Milwaukee’s north side after hours-long firefight

MILWAUKEE (CBS 58) -- A large commercial building on Milwaukee's north side burned for hours Monday evening before fire crews were able to get it under control.

Fire officials say several dangerous chemicals were inside the welding facility as it burned.

There's no visible fire anymore. But because part of the roof collapsed, fire crews say there will be hotspots overnight. So they're staying on scene for several hours at least to prevent the building from going up in flames again.

The fire started sometime around 5:45 Monday afternoon when a passerby saw smoke. Fire officials say there was a heavy fire throughout the first and second floors of the building.

Most employees at the welding facility went home at 3:30, but one person was still working inside.

There were a lot of dangerous chemicals and unknown hazardous materials inside, and several explosions went off as crews fought the fire.

Fire officials said this fire was a challenge to get under control.

Deputy Fire Chief Erich Roden said, "We had a very difficult firefight of this building, we had to hit this fire with our aerial ladders and our tower ladders. We were able to get control of the fire, however we had numerous hidden hotspots of fire, which we now finally got to due to the amount of danger."

No firefighters were injured and the lone employee is also safe.

The hazmat team is helping with cleanup but the immediate area is now safe.

The fire investigator is looking into what started this fire. 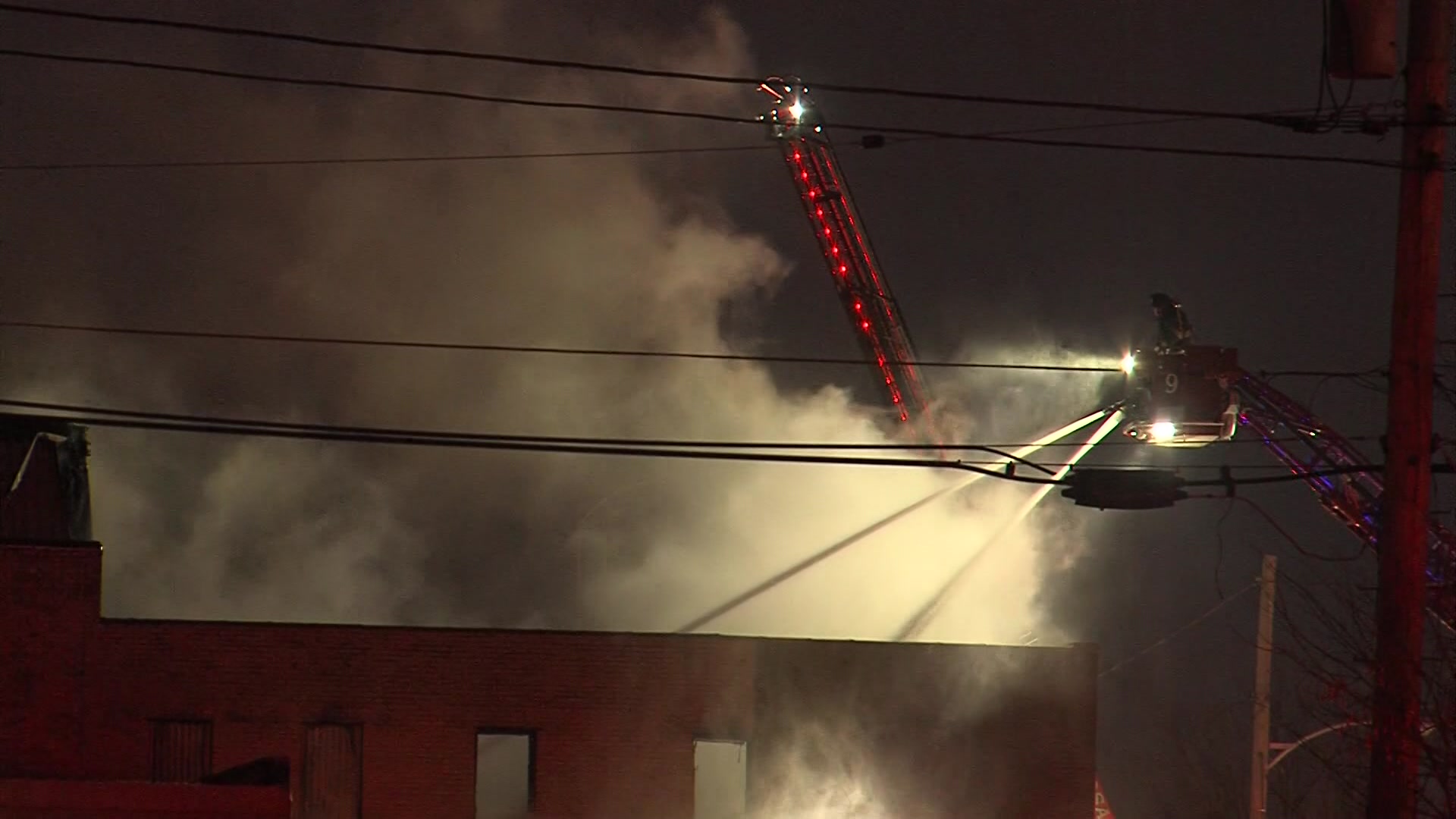