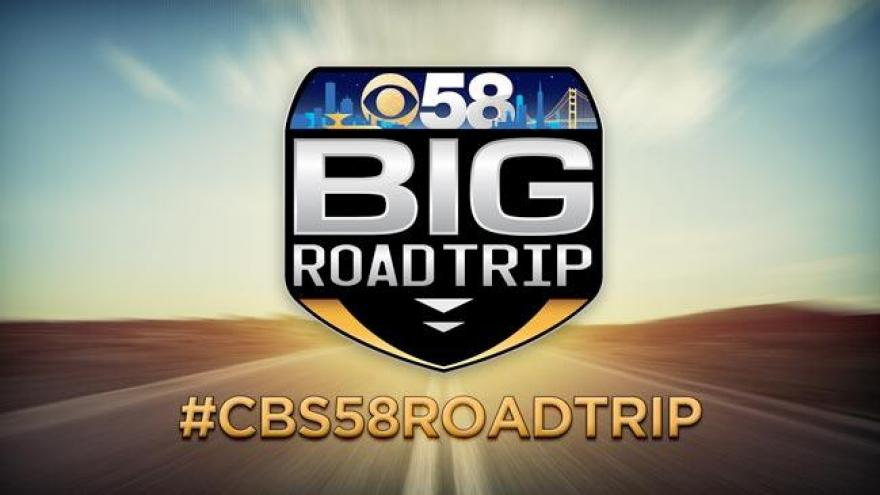 Good morning! The CBS 58 Big Road Trip has officially begun! It takes a lot of gear to go on a trip this big. Brian and Josh, our photojournalists, estimate our gear weighs 500 pounds and that’s not even including our personal bags with clothes for 15 days on the road.

We do need to confess that we got a late start. Oops! It took a little longer than expected to pack all of that gear in this F-150. So our 7:00 AM “tight departure” turned into 7:45 AM. But, this truck goes 500 miles between fill-ups so we will make up time.

Today’s travels take us south from Milwaukee through Illinois to Salem, IL. Salem has a population of approximately 7,500, but is also the home of the Schutt Sports. Schutt makes helmets for a bunch of NFL players including some who will be playing in the Big Game. But, we don’t want to give too much away, so stay tuned to CBS 58 tonight for the full story on which players wear the helmets and how they are made!

From Schutt we go to St. Louis the home of a former NFL team. (Poor St. Louis, the Packers would never do that to Wisconsin.)